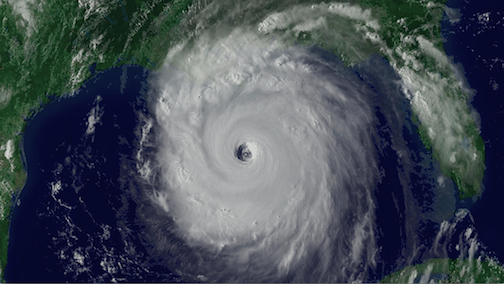 — I’d like to tell you I received this a few weeks ago, as an anonymous email with the title Weather Report on its subject line. I’d even mention that I recognized the writing style as that of a former student who enlisted in the service some years ago. But you wouldn’t believe me anyway, so I’ll just label this as science fiction, and pass it on to you as such. kz

Oct. 10, 2018 22:56:33
The weather war is escalating, possibly out of all control. It started as a simple extension of the ongoing trade dispute, a way to apply some extra economic pressure. But it’s gotten out of hand, as new technologies come on line, and we begin to map out and imitate the capabilities of our enemy. Those capabilities are growing as fast or faster than our own, exponentially it seems, and the results are becoming increasingly unpredictable.

I want to say they started it. But cause and effect in politics and war are as complex as they are in weather; prediction and blame are both uncertain, and become more so the further one goes from the present. The present. … As I type these words I hear the announcer on my newsfeed say, “This is historic, a monster, unprecedented…. This will be the worst storm to hit the panhandle in more than a century.”

We only started to see what was happening when that sudden drought devastated crops in the Midwest last summer. I have to take a small amount of credit for a somewhat random observation I made during a routine sit-rep. “The economic repercussions,” I mentioned at the end of my report, “will be multiplied because this region is already being hard hit by the new tariffs on soybeans.” My comment about the strange coincidence triggered the suspicions of a particularly paranoid general, and he started a discussion of probabilities and available technologies that is still going on, only now in the war room under the White House. And somehow my idle remark put me into the middle of what is quickly growing into a new kind of world war. The public, of course, doesn’t even know this is a war. To them, it’s just more bad weather.

At first, we weren’t certain these storms were intentionally geo-engineered. Probability analysis isn’t proof. The president, of course, brought our systems on line anyway. But we knew for sure once Florence came at us, and we were ready. Our response was far stronger, with a direct Cat 4 strike on Hong Kong. We calculated that was enough to deter any further attack. Even I don’t know who ordered the earthquake. Whoever it was, their heads should roll. Idiots. Not only was it an escalation outside the parameters we had gamed in the war room; it totally missed its mark. Techs are still working on the question of whether the quake was blocked and re-directed by an unknown defense, or just plain missed. But either way the destruction to Indonesia was tragic collateral damage.

And now hurricane Michael is ravaging our coastline. Stronger, and with a faster build-up than anything we’ve seen. Aimed right at some of our most crucial air bases. Our own defenses entirely ineffective. I’ve been reassigned away from the war room. Some response is under discussion that is outside my pay grade, even with the rapid promotions and security clearances that have been thrown at me these last few months. I can only guess what Darpa’s got to offer the generals. Or what our enemy has under development.

But whatever is coming, it must be serious. I’ve been bunkered up for nearly a week now, underneath the NSA facility in Montgomery. I had somehow predicted the quick spin-up of Michael, and when my prediction came true they just hauled me out of the briefing room. A promotion, they called it. Made me sign some massive document without reading it. I’m just an Air Force weatherman, for god’s sake. They didn’t even give me a chance to tell my wife, or send a text to my kids. OpSec, they said, and basically dragged me onto the helicopter at Andrews. What op? No answer. When I asked how long, they just said, for the duration.

No one is talking much, even down here, about what might be coming. Our second earthquake shot was deflected, too. Or missed again. Idiots! But if we do strike their mainland directly, who knows how they will respond. All I can do is wait, look over the data, and watch the next catastrophe gathering force. Meanwhile, Hurricane Michael is here. Even inside this deep bunker, I can hear the wind begin to howl like a faraway train. You don’t really need me to give you this report. Just look out your own window. The storm is already raging, and another, greater storm is on its way.

I got this text last night from an unknown number. Make of it what you will… kz

I hope this ‘trade war’ truce will hold, but percentages slim. Rumors hot and heavy down here. AK quake and December tornadoes shook everybody up. POT is pissed, and he’s found at least two generals to back him up. But we aren’t prepped for these new capabilities. Yet. Change is coming. Keep your eyes on the sky! W.R.