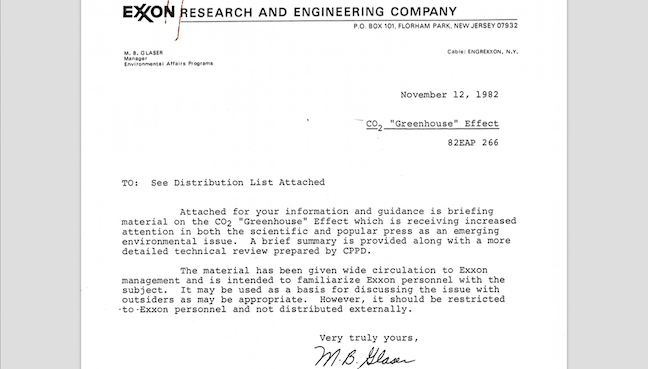 The stories all agree, it was the children who did it. I’ve tried to piece the truth together by looking for commonalities between the various tellings of the story. All of the tellings describe a rising tide of anger among the youth. The growing realization of the terrible truth, the harsh climate changes coming, their human cause. The children learned their future had already been diminished by a despoiled world. That their parents were doing nothing to stop or minimize it. The school strikes began, led by Brita, and then the Extinction Revolution arose, which adopted her as its figurehead, if not unofficial leader.

Things were already heating up. But the Axxon memo was the last straw. The fuse. The trigger. The spark.

Brita’s movement had grown steadily over two years. Brita herself had grown, not very tall, but more and more sure of herself, her visions, her truth. The strikes had grown, the bad press had grown, the rebellion began in Europe and, in flickerings and sparks, across America. Protests and arrests became common. Unrest was in the air, as storms, wildfires, and drought increased. The spring flooding in America caused world-wide hunger in the fall of 2019. Outrage was building, and the children led the way, their strike for climate growing daily. Schools had shut down; police were called in to bring the children back to class. In many places, teachers and parents joined the strikes.

Then, when the 2020 IPCC Special Report came out, with its final grim warning, and the dreadful election followed in the US, a different feeling took over the children’s movement. Some began to call it the Children’s Crusade for Climate. Brita’s always careful words more and more turned toward action, and even hinted at violence. The protests intensified. Brita, now 18, was threatened with arrest, and fled into hiding with a group of students. While the adults in Extinction Revolution remained cautious, the children of Climate Strike grew more strident. Something was bound to happen.

The Axxon memo was the final tipping point— or perhaps match would be a better metaphor. The memo had been known in conspiracy circles for years. But when Eugene Surrey, a retired lawyer from Oregon, encountered it by accident on an environmental website, he decided to sue Axxon. His case became big news. And the memo went viral. Suddenly, it was universally known that Axxon and the other major oil companies had intentionally continued destroying the ecosystem of the earth, long after they knew what they were doing.

The memo was the smoking gun. The undeniable evidence. Axxon (and as the trial revealed, other companies and many government officials) had systematically hidden the truth of climate change for over 40 years. They created false science. They planted false ideas in the media, social and otherwise. Destroyed the reputations of good scientists. They consistently and persistently lied in order to continue business as usual. Like the cigarette companies before them, they had killed for their money. But unlike tobacco, which only hurts its users, the fossil fuel corporations had continued to sell their product, knowing it was destroying the whole world’s ecosystem. They killed the planet and most of us along with it, for their profits. And they knew what they were doing all along.

As Surrey’s closing arguments said, “Ecocide is the complete destruction of an ecological system, destroying the lives of all its inhabitants. When those inhabitants are human, it is also genocide. Axxon is guilty of the ecocide of the entire planet, and in all probability, the genocide of the entire human race. This is the greatest crime in history, and it must be punished.”

No one had seen Brita cry before. Perhaps as a result of her Asperger’s, she usually showed her emotions in other ways. Her fierce emotional control was part of the power of her leadership. But there in the dark meeting room (This scene is from the “Annals of Anna”, a first-hand account by one of Brita’s earliest supporters, my favorite of the tellings.) with only a little sunlight coming in through a thickly-curtained window, she sat small and slumped in a straight-backed chair, watching the trial on a computer screen with some of her close circle. As Surrey finished his statement, Brita abruptly shouted out a single, indecipherable syllable, a clear cry of pain, then burst into sobs and tears that would not stop, no matter how the other children tried to comfort her. This outburst lasted, in Anna’s telling, “So long we feared she would die from weeping.”

When her tears finally stopped, Brita went silent. She had gone mute before, for years, as a young child, and on more than one occasion during the long climate campaign. Now she sat like a stone on her hard chair.

Hours passed. Some people came and went. The closing arguments from Axxon continued on the screen. The trial ended, and the pundits began to talk. Brita sat with a stern look on her face as the time passed. Some tried to speak to her but soon gave up.

It was nearly midnight when Brita suddenly stood up. Everyone in the room, maybe forty of her closest followers, almost all of them children below the age of 20, stood with her. She had to climb up on her chair so they could see her head above the others.

Some of the tellings say that she spoke the words out loud. Only the “Lay of Jeffery” claims she shouted them with fist raised. Others, like Anna’s, say she was utterly silent, but that everyone in the room thought the same thing at the same time. The same three words formed in everyone’s mind. All the stories agree on what those words were. Brita smiled, and everyone knew. There was only one thing left to do. Whether or not she said them first, those three words changed everything. Ended everything, though perhaps everything was ending, anyway.

The meeting dispersed; the leaders of the strike all went back to their groups. They all got on their phones.

By this time a million or more children around the world were closely involved in the school strike movement, and those three words spread through that million almost immediately. Then outward within hours, as if by worldwide telepathy, to nearly a billion children more. The end came faster than anyone could have guessed.

Extinction Revolution, committed in its founding principles to non-violence, claimed to the last that it was not involved. But their distinctive symbol— the broken hourglass inside a circle— was everywhere among the wreckage.

It was the children, the stories all agree. And three words.

Three words on the lips of a billion children around the world. Children whose futures had already been destroyed before they were born. Children who were given no chance to see the abundant, beautiful world their parents had sacrificed for greed.

Three words on the lips of the children as the world ended at their hands.

But these are just the stories. Each telling has its own perspective, its own distinctive details. No one knows for sure how it happened. No one knows, anymore, not for certain, how things were at the very end. There are no stories of that.

It’s been a hundred years, and we, the children of those children’s children, the few who are left, huddle together among the old buildings, with the little we can glean from a broken planet. The truth of how it all happened is gone, along with the old civilization.

Only the stories remain, in this dark, dying world.