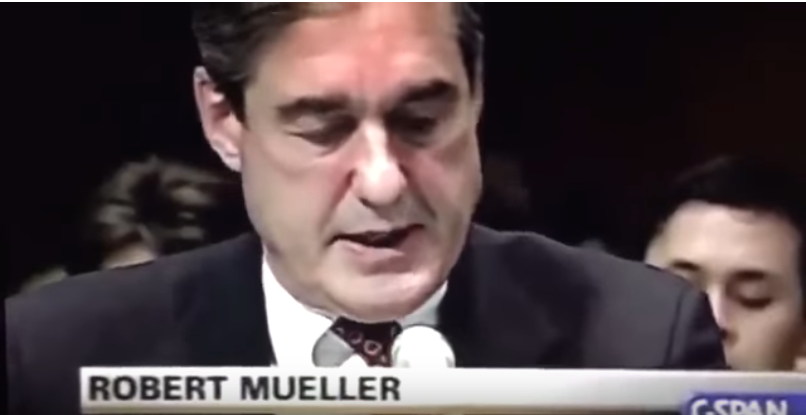 Mueller on the Side Volume 1: It’s not Collusion, It’s a Conspiracy, Damn It!

”An agreement between two or more persons to engage jointly in an unlawful or criminal act, or an act that is innocent in itself but becomes unlawful when done by the combination of actors.”

View from the Side agrees with so many pundits that the Mueller report does not describe “collusion” between the Trump campaign and Russia. No, collusion is far too weak a word, with the connotation of a sort of small-time, minor league effort. No, this was not collusion, but a full-fledged uncompromising big league criminal conspiracy, long-lived and likely ongoing between the Trump team and agents of both the Russian government and the Russian mob. The narrative describing Trump connections with the Russian IRA is a pretty compelling outline for an international crime-thriller. What the Mueller report describes is not just a mutually beneficial attempt to influence an election, but a long, cozy-if-somewhat-careful relationship, from at least 2015 well into the Trump presidency, which included members of the Trump team who were in daily contact with Trump himself.

The Mueller report describes multiple instances of the Trump campaign team— including Don Jr and Jared Kushner— conspiring to work with Russia in undermining the 2016 election in favor of Trump. The famous Trump Tower meeting was specifically arranged for that purpose. Mueller implies the only reason he didn’t prosecute Don Jr. is because Mueller thought the young Don was too dumb to know it was against the law.

I’m tempted to fall into some really outrageous metaphors here describing the contortions required for Mueller to describe crime after crime without calling it a crime. But the imagination boggles at a cluster fook that includes so many clowns at once— politicians and media pundits all together in a heap. From the pile comes the trumpeting sound of thousands of headlines and airwaves and internet bits saying the same thing. “The Mueller report shows no collusion between Trump Campaign and Russia.”

Imagination fails, or language at least. I have to let the colloquial suffice. WTF??? Let me me repeat that.

I must have downloaded a different Mueller report than other people did.

If sending Trump campaign polling data repeatedly to agents of the Russian government isn’t conspiring with Russia to undermine the election, then I suppose the earth is flat, there is no gravity, and Robert Mueller never told Congress that Saddam Hussein had weapons of mass destruction.

If setting up and meeting with Russian agents to discuss undermining the elections together isn’t conspiracy, then my beard is still dark, the sun won’t rise tomorrow, 2 plus 2 really is 5, maybe climate change isn’t even real. Maybe I do love big brother, after all.

If anyone who has read the Mueller report would like to argue with me, please do so in the comments. Please convince me that the Trump Tower meeting wasn’t conspiracy. Then you can start working on me about the flat world thing.

The question of obstruction of justice, similarly, is just silly. There’s not really a question, is there? Why did Trump fire James Comey, if not to obstruct? When Trump ordered McGahn to fire Mueller, he conspired to obstruct justice. Just because McGahn said no doesn’t get Trump off the hook. If I walk in a bank with a gun and order the teller to give me money, I’m heading to jail, even if the bank teller says no.

If Trump isn’t guilty of conspiracy and cover-up and corruption, while those all around him are, then he must be guilty of being the stupidest and most unaware manager and president possible. An impeachment investigation and trial would at least show that much to the American public.

If Trump isn’t guilty, then he’s a complete puppet of those who are. He should take credit for his crimes, and not be known to history as a foolish tool of the powerful people who pull his strings.

My reading of the Mueller report so far shows nothing except a pattern of criminal, unconstitutional, and dangerous actions by the president and all those who surround him. This report is both an indictment and a conviction, though not, of course, in the legal sense. Yet.

The criminal indictment and conviction of a president for these many high crimes and misdemeanors— as Mueller himself so clearly believes— is entirely the responsibility of Congress. The House must impeach, which is the constitutional equivalent of indictment, and then the Senate must try the case. Only such a trial can convict or exonerate the president. That is the only method our constitution allows for convicting the criminal described in such vivid detail in Mueller’s report.

The word “exonerate” does not occur in the Mueller report except in the very last sentence of its entire 448 pages. I have questions about Mueller that I want to explore in more detail. And so much more to say about what is and isn’t in his report. But, for today, I’ll end this View from the Side with that sentence, Robert Mueller’s own words.

“Accordingly, while this report does not conclude that the President committed a crime, it also does not exonerate him.” Robert Mueller

Mueller on the Side volume two: coming soon.