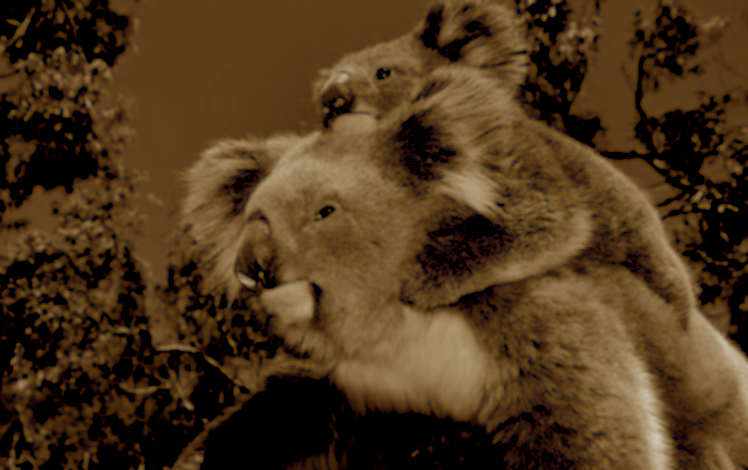 I write this blog from the side of the two-party political circus. It can be a pretty good show from over here!

But I also write it from inside the living world that supports and sustains us all, and I see that view in a more serious light. More and more of us are coming to understand that this beautiful living world we need to survive is endangered now by human-caused climate change. That’s Why I’m a Climate Voter for 2020!

But climate change is only part of the much broader environmental collapse that our human civilization is creating. Perhaps the greatest threat to our own lives is the destruction we are causing to the other lives on our planet, the vast interacting community of plants and animals we call the Earth.

According to most biologists, we are living in the midst of the Sixth Great Extinction, with species disappearing at a faster pace right now than even during the other five episodes in earth’s history where life almost vanished from the planet. Elizabeth Kolbert’s challenging book The Sixth Extinction was my wake-up call to this catastrophe. Our exponentially growing population and our wasteful, destructive way of life are causing a world-wide mass extinction that may end up endangering our own species. We might be causing our own extinction. And most of us don’t even know it.

Did you even know today was Endangered Species Day?
http://www.endangered.org/campaigns/endangered-species-day/

Of course the loss of cute creatures gets the most reaction from us. I literally cried to read that the Koala Bear might disappear from the world. Climate is only part of the reason Koalas are going extinct.
https://nypost.com/2019/05/16/koalas-are-now-functionally-extinct-experts-say/

Or at least severely threatened.
https://www.newscientist.com/article/2203655-no-koalas-are-not-functionally-extinct-but-they-are-in-trouble/

A search for climate change stories on Google News shows that most of the media focus is on sea level rise. Here’s a sample of what sea level rise looks like, from a local view.
https://www.tampabay.com/environment/a-group-of-scientists-just-presented-updated-sea-level-rise-projections-to-tampa-bay-politicians-heres-what-they-say-20190514/

Their projections are 12 to 18 inches higher than the same group’s 2015 estimates on average.

The Tampa Bay Climate Science Advisory Panel, a group of climate scientists that formed in 2014, presented its findings to a Tampa Bay Regional Planning Council committee Monday. They found that the region is likely to face between 1.9 and 8.5 feet of sea level rise by the year 2100.

A consistent element of each day’s new climate change studies is the revising of the danger upward. What if the next projections are higher still? If you wonder, as I did, why there such a big uncertainty in the estimate, well, it’s not the physics or the vagaries of computer modeling the climate. It’s the uncertainty about what we humans are going to do about it. We could change our way of interacting with the environment and actually slow down the rate of sea level rise. Or we could build hu-uu-ge fookin’ walls everywhere. And hu-uu-ge fookin’ machines to suck in the CO2 we keep making.

The range of uncertainty between 2 and 8.5 feet may still seem wide. Burke said the scenarios vary so much because it’s difficult to project human activity decades into the future. Will we still be emitting greenhouse gases at today’s rates in 2050? Will we have found a way to suck carbon out of the atmosphere by then? There’s no way to know.

But climate change will harm us in the much more immediate future, like this weekend. Big storms coming in for the mid-west. Robert Scribbler runs down the cycle of extreme weather about to hit the already flood and storm ravaged Midwest this weekend and beyond. He explains the climate change relationship. Historic storm patterns are the result of historic climate conditions caused by historic levels of CO2 caused by human activity. We’re making history! But who will remember?
https://robertscribbler.com/2019/05/16/very-long-period-of-severe-weather-predicted-for-coming-days/

We shouldn’t forget the impact of climate change on food supply.
https://www.agweek.com/business/agriculture/4613700-more-storms-expected-midwest-where-planting-already-behind

And the damage caused by fossil fuels goes far beyond CO2
https://www.al.com/news/2019/05/massive-gulf-oil-spill-finally-being-contained-after-more-than-14-years.html

It’s good to know there are solutions to sea level rise. Hu-uu-ge fookin’ walls may take a while. But you can always build yourself a luxury ark to ride out the rising tides.
https://www.providencejournal.com/news/20190504/luxury-ark-is-built-for-rising-seas

And, if your home is unusually cold due to climate disruptions, you can already stay pretty warm in the Arctic.
https://earther.gizmodo.com/it-was-84-degrees-in-northern-russia-this-weekend-1834756641

From the side, though, I’d like to focus on the possibilities for real action, rather than irony or despair. There are things we can do, as a culture and as individuals, to make a difference in this time of great change. We’re going to have to change. We might as well do it on purpose, and in a way that holds on to the things we value most.

This is an interesting video about new ways to think about interacting with non-human landscapes.
https://www.youtube.com/watch?v=eZnAompGPVE

And you can become a Climate Voter for 2020!

But even on Fridays for Future, the View can’t unsee the present.

Or un-hear the war drums.
Pelosi read the part of the Constitution about where the war powers lie. Want to bet that if Trump asks her to approve a war, she will.
https://www.reuters.com/article/us-usa-iran-congress/house-speaker-congress-has-not-approved-war-against-iran-idUSKCN1SM1WT

Or un-see Trump’s Crimes
Trump seems to be using his power of the pardon to offer paybacks to different groups.
https://thehill.com/homenews/administration/444080-heres-who-trump-has-pardoned-or-granted-a-reduced-sentence

A new obstruction charge has emerged from Michael Flynn’s case. Apparently this is hidden under the redactions to the Mueller report. It has Rep. David Cicilline talking impeachment.
https://www.youtube.com/watch?v=YPY-lj_9IbQ

And speaking of impeachment, Pelosi must have borrowed a copy of the Constitution to look up the self-impeachment clause, which is right next to the Santa Claus. Instead, she found that Congress actually would have some power if they used it. Glad you are coming around, Nancy. Maybe the smelling salts are working. Before you put that thing away, check out the Congress does the impeaching clauses.
https://www.foxnews.com/politics/pelosi-congress-can-use-impeachment-to-legally-justify-trump-subpoenas

I think I’ve mentioned all that, a few times, from the side.

And, last for today, Investigate-gate(tm) is gaining steam. Barr’s counter-attack against the attack against Trump continues. Here he speaks to Fox News from his corner of the Trump Bunker, where he cringes in fear of any but the most friendly questions. Barr is fine with getting some answers to the Orange Clown-in-Chief’s questions. But he sure is afraid of giving any to the Blue Clowns in Congress.
https://www.foxnews.com/politics/fox-news-exclusive-attorney-general-barr-on-getting-answers-about-the-russia-investigation

The coming week should bring some exciting action in the Clown Wars!