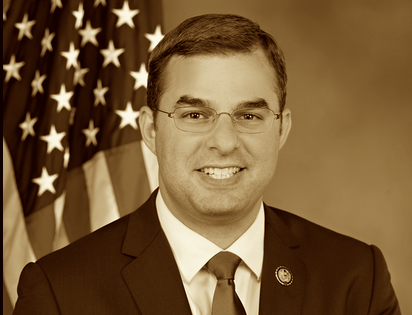 As I wrote yesterday, the final failure of the Two-Party system happens when the members of Congress vote with their party rather than with their conscience. This drives the parties away from their principles, and renders our representative Constitutional system ineffective. The Two-Party system is broken, and the only hope to maintain our republic is if our elected officials shake off the reins of their party bosses and begin to act for what is right, not for what wins for their party.

It seems that at least one Republican in Congress has discovered his conscience. It’s possible GOP lawmakers are beginning to see that Donald Trump is killing the elephant, and the ideals of our country along with it. Maybe a few Republicans believe in their party and want to hold on to it. Maybe more Republicans will speak out, like Justin Amash, in defense of the US Constitution they swore to uphold.
https://thehill.com/homenews/house/444416-gop-lawmaker-trump-has-engaged-in-multiple-actions-that-meet-threshold-for
https://townhall.com/tipsheet/bethbaumann/2019/05/18/whoa-a-republican-is-calling-for-trumps-impeachment-heres-why-n2546545

I’m sure Nancy Pelosi will see Amash’s statement as just more “taunting” and continue her foolish sinking leader-ship away from impeachment. But maybe some of the other Democrats are beginning to realize how wrong she has been about impeachment. When our leaders are leading us toward disaster, it’s time to find better leaders.

It’s that time. On both sides. Now.

Before it’s too late.

So, kudos to Congressman Justin Amash, from the side. Here’s a Republican braver and more honest than most of the Democrats in Congress. Who will stand up next? Democrat or Republican?

Climate science has encountered its most intractable problem, which is not scientific at all but rather political. Now that the science on the dangers of climate change is irrefutable— if still evolving— the real problem is how to get that knowledge into the thick heads of politicians who might be able to do something about it.

This video from “Just Have a Think” does a pretty good job of ripping Mike Pompeo a new asshole, and reveals the danger of a whole way of thinking represented by Trumpism. Owned by the fossil fuel industry much?

I’ll just label this video “Evidence for Impeachment Vol. 1” and leave you with that for today. Want civilization to survive? Let’s start by bringing both sides of the Two-Party Circus together to impeach Donald Trump.

Only then can we start to change. Together.