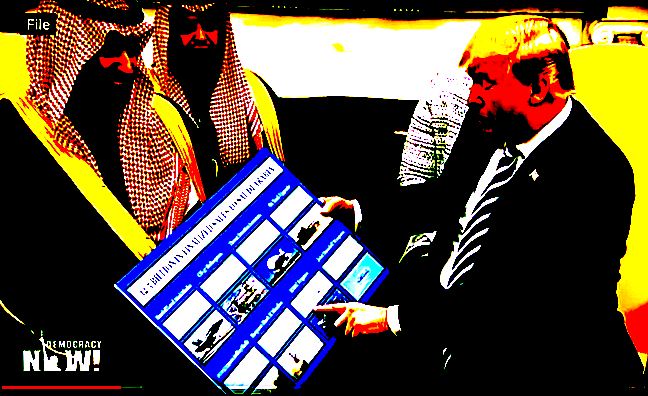 Lots of links today for your Saturday reading.

The counter-attack from the Trump Bunker builds up steam. Trump isn’t obstructing this investigation of the investigators as much as he did the original investigation of himself. Investigate-Gate(tm) is in production and will soon be available for viewing. Un-redacted.
https://www.foxnews.com/politics/trump-gives-ag-barr-authority-to-declassify-documents-related-to-2016-campaign-surveillance

The press is also under attack from Trump’s minions. And Julian Assange has been charged with multiple counts of espionage in the US. I’m just a blogger and stuff, right? Sarcasm is my specialty, not government secrets. Please don’t send me any classified info. I can just make that stuff up anyway. I wonder if making good guesses about classified matters can get a writer arrested for espionage.

And here Daniel Ellsberg, who was also charged with espionage if you remember your history, comments on the attack against Assange.
https://www.youtube.com/watch?v=XPdIO_nvzhY

Meanwhile, the Clown Playground fight hits new depths of comedy. While Nancy Pelosi insults Trump’s mental state, and “prays” for an “intervention”, faked videos spread across social media, making Pelosi appear drunk. And Trump re-tweets them. This is the level to which our government has sunk. Insults rather than action. Slurs about whose speech is more slurred, Anger about who is most angry.

Let me be perfectly clear. Thursday’s column on Pelosi’s failure as Speaker of the House was written before I saw any slowed-down videos of her (which are pretty obvious fakes, if you watch them.) She has a hard enough time completing sentences with the “i-word” in them in real life. No need for fake videos to see her slipping. My metaphor about “taking away her keys” had nothing to do with drinking at all. In case I wasn’t clear, I meant to say that Pelosi is too old and stuck in her way of thinking to be the leader of a political party during a constitutional crisis. I meant to say that she is not as sharp as she used to be. I’m not blaming her. It happens to us all. Sorry if that sounds mean. But it’s really not safe to have her driving the country’s car. And her position on impeachment is just wrong, no matter how much she drinks or doesn’t drink.
https://thehill.com/policy/cybersecurity/445311-fake-videos-spread-on-social-media-edited-to-make-pelosi-appear-drunk

During Thursday’s press conference after the failed infrastructure meeting, when asked the straightforward question, “Why not impeach?” Pelosi’s stumbling answer went about like this (slowed down to 75%):

“Let me be perfectly clear. He is obstructing justice in plain sight, undeniable, could be impeachable, but I intend not… Maybe you could understand… there’s three things. “ Then she laid out her case. Three points, she said, counting on her fingers.

Those are three excellent arguments for impeachment. But she didn’t mean them that way. She intended them to be arguments against impeachment. After saying a moment before that the facts were already undeniable and impeachable. That’s some pretty serious mental confusion there.

Which of those three items leads to the conclusion “Don’t impeach?” None of them. And the third one is only loosely connected to the first two. No, it’s not Pelosi’s state of intoxication I’m questioning. It’s her reasoning, her logic, and her judgement. I’m not questioning her drinking habits. I’m questioning her leadership. Finally, in a clear state of distress, she falls back on her single actual argument, repeating the word because she thinks we didn’t get it the first time. “Divisive, Divisive.” I think the Democrats need to replace her quickly. But I’ve said that before.

Trading insults is pretty normal for little kids. We try to teach them in kindergarten that it’s not the way to resolve problems. It’s certainly not what we need from our political leaders. But this is the epitome of the two-party system, the end game, the sunset days of democracy.

Playground name-calling from two of the most powerful people in the world, both of whom should have been long retired. This is embarrassing. Trump thinks Pelosi is slipping. I don’t disagree, but he’s the fookin’ President and shouldn’t act like a kindergartener. Leave that to writers like me.
https://www.washingtonpost.com/politics/schumer-calls-trump-a-get-nothing-done-president-as-blame-game-continues-after-aborted-white-house-meeting/2019/05/23/304db368-7d4e-11e9-a5b3-34f3edf1351e_story.html?utm_term=.00b973d173c9

Speaking of slipping, in one of the most comical moments of the Orange Clown’s presidency, he ordered his staff to gather in front of the cameras and all lie by saying that he was “calm” in the meeting. They seemed pretty happy to do it. Anger really is a big issue with Trump, like the size of his hands. He seems to have lost his temper about whether he loses his temper, which he does, publicly, and often. The only reason I wouldn’t say Trump is slipping is that he’s been exactly like this all along. And that’s what worries me.
https://www.youtube.com/watch?v=VPa-GNpgXTY

Our political discourse has shifted to pure comedy, in this case only the lowest form of comedy, slapstick farce. This is the Kindergarten Keystone Clown Cops on the Playground episode.

From the side, it looks more and more like a surreal circus every day. With our real lives in the balance.

Thanks goodness these kindergarten keystone clowns are taking another recess. I’ll join them for a little nap, so you adults can finally get you some peace.

Some links for you while I take a brief rest.

Good conversation with Tom Steyer on the need to impeach.
https://www.theatlantic.com/politics/archive/2019/05/tom-steyer-trump-impeachment/590194/

Giraffes have joined the endangered list. Soon the smaller list will be those animals which are not endangered.
https://returntonow.net/2019/05/19/giraffes-silently-added-to-endangered-species-list/

Jimmy Dore can be annoying, but he nails this with the clips he uses. Planning for war.
https://www.youtube.com/watch?v=hOudBT4S4y0

But the counter-attack against Trump’s attackers won’t be so easily stalled. Investigate-Gate(tm) (aka spy-gate) continues to build up steam with a rumbling sound like a continuous fart gurgling up out of the Trump Bunker. We are about to see what an investigation looks like when the President doesn’t do everything in his power to obstruct it. In fact, Trump has just given extraordinary powers to William Barr-Behind-Bars— the head of fully-Trump-owned Department of Injustice— to declassify materials in his investigation into the investigators of Trump. (Using, by the way, investigators who themselves may be someday investigated.) Look out, baby! Barr-Behind-Bars can un-redact anything he chooses now. And we know how good he is at redacting. Cue the evil laugh-track. Who’s going behind bars, now?
https://www.businessinsider.com/us-intelligence-goes-to-bill-barr-justice-department-russia-investigation-2019-5

Did you know that NPR stands for National Propaganda Radio? This is a pretty good example of their careful framing of an issue that sounds reasonable and two-sided. Only problem is, one side is totally wrong and you wouldn’t know it, listening to National Propaganda Radio. What they don’t mention in this article is that Trump’s misuse of power in this way is a criminal act, impeachable by any Congress not led by Nancy Pelosi. Not only is NPR borrowing one of my signature phrases (Investigate-Gate!(tm)), but they are also continuing their carefully conservative propaganda by giving legitimacy to this vindictive investigation. Donald Trump is using the powers of his office to openly attack those he considers his enemies. NPR presents it as a valid inquiry, and seems mildly curious about what the tyrant and his minion will discover.
https://www.npr.org/2019/05/24/726593232/barr-is-investigating-the-investigators-will-he-find-wrongdoing-or-political-fue

Jerry Nadler must be getting tired of being used as Pelosi’s whipping boy. She wants him to “investigate” endlessly. But in the Two-Party Circus investigate just means firing subpoenas out of a confetti cannon and sitting in front of cameras with your head in your hand and a clown nose on your face when the no-shows don’t show. It’s boring, it’s embarrassing, and I certainly wouldn’t put up with it if I were head of the House Judiciary Committee. Investigating without impeachment to back it up is like eating a steak without your dentures in. Impeachment is the only teeth the House has. And Nadler is the one who has to do the chewing.
https://thehill.com/homenews/house/445491-pelosi-nadler-tangle-on-impeachment-contempt-vote

Then, OMG, while I’m writing the column this morning, this happens! Nadler faints during a press conference— I hope he’s okay. The stress of not doing what’s right must really be getting to him. Break your Pelosi chains, Jerry! And drink more water.
https://www.politico.com/states/new-york/albany/story/2019/05/24/nadler-appears-to-lose-consciousness-during-press-conference-1029437

This is what happens when you combine unbreakable incumbency with an excellent health plan. We now live under a geriatric government, also known as the geriarchic form of government, or, in short, the Geriarchy ruling the Geriocracy. Or is it the other way around? Either way, it translates to “government by really fookin’ old people.”

And by the way, from the side it looks like lots of Democrats favor an impeachment inquiry. Now!