View from the Side 20190603: Democratic Dinosaur Disco 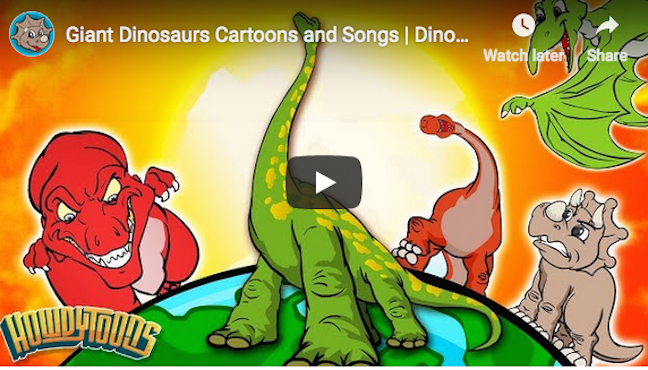 Look right this way, folks! P.R. Burn-em’s Two-Party Circus is all about evolution today. In an exciting new educational event, the Blue clown parade has put on those worn old costumes which are always the kids’ favorite. Today the Blue Democratic Clowns are dressing up instead as clownish Dinosaurs, while from above a spinning faceted ball breaks the light of reason into staccato flashes of weird pulsating, strobe-ing imagery. From enormous loudspeakers, repetitive music has begun that overwhelms sense and senses, and gets everyone tapping their feet. Oh, these Blue Clowns have really got a party going now! All the crowd’s watching. It’s the Democratic Dinosaur Disco!

There’s Nancy Pelosi, in the center ring for a few more moments, cherishing her final role in the lovely outfit of a Maiasaurus, a sort of slow-thinking, slow-moving, motherly type of beast. She has no rhythm left to her dancing, but still offers up some pretty good hand jive. To her left is Jerry Nadler with his bent shoulders and lowered head in a Triceratops get up with a big clown nose. He’s pretty busy going extinct, but maybe has one sharp horn left for a poke at the Orange Tyrannosaurus Rex whose roar emerges mostly in a sort of twittering whistle from behind the balloon cage of the Trump Bunker. But Nancy won’t let him charge, so Nadler’s only boogie-woogie is just to turn in slow circles roaring at a few Red clowns in the distance and poking his horn only into empty air.

Oh, and there goes old Joe Biden, swaying along in Nancy’s wake. He’s a plodding, lazy old Diplodocus, stretching his long neck out to wrap around every young woman he can creep up behind, licking up the soft-serve ice cream from their innocent cones. Not sure it’s a dance, he does, exactly, but anything goes for the Blue Dinosaurs when they Disco, I guess. A crowd of less well-known clowns follows behind, smaller, burrowing species like the DeFazio-saurus, and then, the Ancien Feinsteinius which is an actually still-living ancestor of the currently ruling generation. The other Dino Dems carry her along with them like a holy relic on an altar, she being unable to dance on her own.

And then there’s Bernie and Liz, soaring above the plodding ground-based reptiles. They have wings like Pteranodons, and at least they can still fly! They amaze the crowd with their high trapeze antics without a safety net or even a trapeze. It’s called thinking, folks. But most of the spotlights shine away from them, except an occasional harsh glare if they slip up a little in their amazing acrobatics.

But, around the edges of this slouching Dino Disco Party, we see a new generation of the Blue genus evolving in front of us, waiting their turn while the Dinosaurs dance. They look a little cranky for such a good old-time event as an extinction disco party. They’d probably prefer a rave to a discotheque. Descended from the line of flying Pteranodons, they look like bright-feathered birds, who can soar like the old Pteranosaurs. But they come in many more colors, unlike the pale gray of the dying generation, matching the environment more closely than their ancestors. A strong shade of green shows through in their still-new feathers, covering the fading blue. These new Blue-Green Birds are being held in their place right now, while the crusty, old, soon-to-be fossils hold the center of the ring. But they seem to represent a possibility for the Blue species to thrive, if they can take over and so allow themselves to survive.

Yes, the Democrat Dinosaur Clowns will have to change their tune and their retro dance moves or die out and be replaced by a new species, a New-Green party of quick-moving birds. Change in either case will mean ditching the fossils like Pelosi.

If you think Nancy Pelosi represents the constituency of her party, think again. Though you wouldn’t know it unless you read the article to the end, 76% of Democratic voters favor impeachment. But that word doesn’t fit in Pelosi’s dinosaur brain. The I-word that she can’t say aloud. Let’s spell it out for her. Give me an “I”, give me an “M”, give me a “P”…

The shift on impeachment stems mostly from a rebound in support for it among Democrats — 76% favor it currently, up from 69% in April.

This WaPo headline doesn’t match its story, either, which belies the idea that there is a “centrist surge” in the Democratic party. The headline suggests the Dinosaur Disco is the main act. The story shows the new generation coming along to replace the one that is passing.

The headlines can lie, even when the news is true.

No, there is no “centrist surge”. (though I love the alliteration, dude!) It’s not a “surge” when a few geriatric Democratic Dinosaurs hold back the evolution of their party, clinging to their own power against a rising tide of progressive-ism. There is no fookin’ “surge to the middle.” The opposite is true. Pelosi-osaurs— future fossils that they are— are resisting the necessary progressive evolution for no reason except their out-of-date DNA, their senile memories, and their last surviving hunger, which is only to hold on to the little power they have. Get out of the fookin’ way, dinosaurs! You’re killing us here.

Want to tell them so yourself? Here’s an easy way for you to ask the Dino Dems to evolve.

It’s possible for the Red Dinosaurs to evolve, too. They might out-compete the new Blue species, if they evolve faster.

“Republicans for the Rule of Law” sounds like some of the constitutional conservatives I’ve been hoping for. But none of these are current Republican lawmakers. Justin Amash is still the first of his kind among the Red dinosaur species.
https://www.dailykos.com/stories/2019/5/30/1861548/-See-the-Ad-Republicans-for-the-Rule-of-Law-Will-Air-of-Fox-and-Friends-to-Ruin-drumpf-s-Exec-Time

From the side, the only solution during times of great change seems pretty clear. Ditch the dinosaurs. Evolve or die.

That could apply to all sorts of things outside of P.R. Burn-em’s Two-Party Circus.