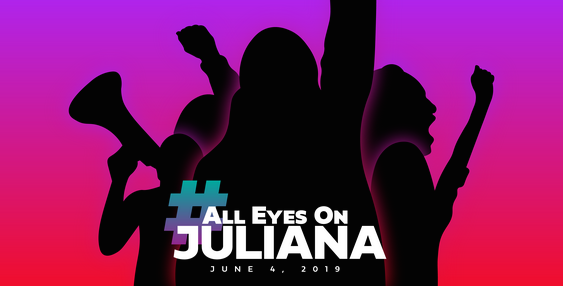 The Trial of All Times

You know, as an independent voter, hearing Republicans make better sense than Democrats about impeachment almost makes me wonder which is the better party. This is a pretty cool ad, really. I don’t disagree with them about anything they say. If I was young and didn’t know better, something like this might make me join the Republican party. I really think the Dems have hurt themselves by resisting impeachment, especially among younger voters. But it’s not too late! Yet.

And Fox thinks the Dem Dam that holds back impeachment is breaking. There’s no dam. It’s only Pelosi who is plugging things up.
https://www.foxnews.com/politics/impeachment-dam-breaking-as-pelosi-deputies-tip-hand-weve-already-begun

But, instead of just going forward with an impeachment inquiry, the Dems are reduced to this odd stunt. They are going to bring John Dean, famous as the Nixon insider who revealed the secret tapes, to chat, I guess, about the Mueller report. As if they couldn’t read the damn thing for themselves. Jeez, loo-fookin’-wheeze! Whoever came up with this idea should be fired. Some future fossil thinking here. “I’ve got an idea. Let’s bring in an old fossil who has no direct bearing on this case.” Maybe this is an attempt to remind Pelosi-osaurus that impeachment did work, once in the Dinosaur past. WTF! Read a history book for god’s sake! Or View from the Side.

The more I think about it, the stranger it gets. John Fookin’ Dean, of all people. Then it comes to me. No one else will testify without an impeachment inquiry in process. All subpoenas are ignored and the witnesses are locked up in the Trump Bunker. Only an impeachment inquiry can pop those balloons. But that might be divisive! So might as well bring in, hmmm, I know, John Dean. Whoever came up with this idea should be fired. Did I say that already? And it was probably Pelosi, who couldn’t find Jefferson to get him to talk about the Louisiana Purchase.

Dinosaur thinking always leads to extinction. They should be living in the present and questioning Rod Rosenstein, for example, (who looks a little like a much younger John Dean, as I’ve pointed out before.) Or Mueller himself. Or even Trump his very orange self, for fook’s sake. Oh, that’s right, you’d have to impeach to do any of that. And— say it all together now— that would be divisive!
https://www.politico.com/story/2019/06/03/john-dean-testify-mueller-report-1352065

Oh, Politico, this is weak! Take a guess what word doesn’t even appear in the whole fookin’ article. Do I have to spell it out for you? I. M. P….

These hearings will allow us to examine the findings laid out in Mueller’s report so that we can work to protect the rule of law and protect future elections through consideration of legislative and other remedies,” said committee chairman Jerrold Nadler (D-N.Y.).

Can’t say the fookin’ i-word, can we, Jerry? Your boss lady won’t let you. Time to quit or get a new boss. You’re wasting our time with your panel to talk about what is already clear as a fookin’ bell. “Impeach the mother-fucker”, and stop sitting on your own thumb. You’re killing us here.

After that nonsense, I just couldn’t bear to hear or read the whole interview with Kushner, so I let Slate suffer it for me. I’m glad they are starting to see the clown show for what it is.
https://slate.com/news-and-politics/2019/06/jared-kushner-axios-hbo-jonathan-swan-interview-worst-exchanges.html

Enough of the circus! It doesn’t matter if you wear a Red or a Blue or even a Green clown costume, another issue matters to all of us a lot more than that tom-foolery in the Two-Party Circus.

The Trial of all Times begins today in a courtroom in Portland, Oregon.

Yes, it’s true. We are being sued, folks. By our own kids. We’re being sued because we have let our government be taken over by evil men. We’ve let it happen out of our own greed, laziness, and inattention. We’ve been lied to and manipulated into letting it happen. But we have. And now our kids are suing us.

They are suing us for the right to life. Not the right to be born, but the right to have a world to live in after they are born. And in that way, our own children are putting us to the test.

Yes, this is a test, folks, not a usual feature of the Side. It’s the test of our times and of our hearts. It’s the final exam for our civilization. And there’s only one question on that final exam. A straightforward yes or no. Will we pass or fail?

Do our kids have the right to an inhabitable planet, to an environment in which they can live and thrive as we have, or don’t they?

You can post your answer below, if you want to.

Even better, you can watch the Juliana v. United States hearing via livestream, so the government knows we are watching.
https://www.youtube.com/user/9thcirc

And even more important and effective would be to use your vote to elect leaders who will act on this most important issue of our times.

Why, though? Well, for example…

And if that’s not enough reason for you, there’s always the existential threat angle, life or death, end of the world stuff, you know. CNN is not known for doomsday prophecy like the Cult of the Doomsday Scientists, but we live in those times.
https://www.cnn.com/2019/06/04/health/climate-change-existential-threat-report-intl/index.html

And it’s not just the future that is in danger.
https://www.news.com.au/technology/environment/climate-change/india-weather-temperature-passes-50c-celsius-in-northern-india/news-story/0985e58e9ded4524fe586312b5154aef

Here’s some reporting about today’s opening act in the Trial of all Times. I’ve got a hearing to watch.

LA Times asks, “Is there a Constitutional right to environmental health?”
https://www.latimes.com/science/la-sci-youth-climate-trial-juliana-20190603-story.html

Doesn’t everyone love a courtroom drama?

Out from the Side.