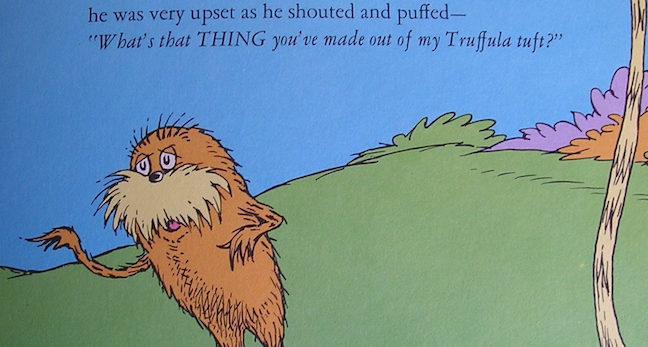 Trump steps back from war! Thank God for this news. Now we can only hope and pray that President Trump’s natural good sense and ethical reluctance to order the deaths of others will continue to prevail over the bloodlust of his advisors and generals. One can only pause in wonder at the wonder of this one step back from the brink of war…
https://www.foxnews.com/politics/us-called-off-retaliatory-strike-against-iran-in-last-minute-wsj

Speaking of good sense, this article makes a very good point. We triggered this Iran “crisis” by breaking a deal we had made.
https://thinkprogress.org/media-outlets-lawmakers-us-violated-iran-nuclear-deal-5907a0e5743a/

While the War-Whore Chorus takes a moment to retune, we can tune in to yet another episode of First Crime Family TV ™ In this one we see I-banka brashly and brazenly breaking another law in full public view. Hey, the Kardashians hit it rich by baring their sins and their asses, risking embarrassment and shame for the sake of a buck. But FCFtv trumps them big-time, by boldly risking not only embarrassment and shame but actual big jail time for the sake of even bigger bucks. And not just bucks and fame, but real Powers, baby. This show should set all kinds of ratings records, I mean hu-u-uge records of all kinds, by the time its six year run is through. Police records, just for one example.
https://thehill.com/homenews/administration/449464-watchdog-claims-ivanka-trump-violated-hatch-act-after-federal-office

And from P.R. Burn-ems’ Circus, here’s a little news out of the Hope Hicks hearing in the House (cool alliteration, eh?). Is this enough to impeach? Not for Nancy.
https://www.reuters.com/article/us-usa-trump-congress-hicks/hicks-told-house-panel-trump-is-serious-about-foreign-help-in-elections-idUSKCN1TL1SY

But mostly, it turns out, Hope just stopped by to tell the clowns she wasn’t going to tell them anything. Tough luck, Jerry!
https://www.salon.com/2019/06/21/hope-hicks-refused-to-answer-155-questions-from-lawmakers-during-her-testimony/

But, for Nancy Pelosi, blatant and public commission of crimes and blatant and public obstruction of investigation is not enough reason to impeach. Nothing is, to her. And in a way, I’m starting to agree with her. Why cut off such a hit reality series as First Crime Family TV ™ before it has a chance to rake in its full share of the market, if you know what I mean? Just kidding, folks. I’m all ITMF all the time.

And, Nancy, a former FBI guy under trump says do that shite.
https://www.newsweek.com/ex-fbi-acting-director-congress-trump-impeachment-1444970

I’ve sorta been sorta saying this for a while, but Laurence Tribe says it so much better…
https://www.newsweek.com/nancy-pelosi-impeachment-trump-laurence-tribe-harvard-1444836

And this opinion from Salon. Come on, Nancy, what more do you need?
https://www.salon.com/2019/06/19/donald-trump-has-repeatedly-violated-his-oath-of-office-reason-enough-for-impeachment/

So, Friday is always Fridays for Future on the Side, and today I’m focusing on the Extinction Side of the environmental crisis. Take a listen to my little Extinction Song, if you want, accompanied by my dear friends in Cross Current along with the great Anna Tivel on fiddle and Sam Howard on bass.

Extinction isn’t just about cute and fuzzy critters, though. Say goodbye to the Sequoia. Plants are dying out in a great extinction event, too.
https://www.livescience.com/65696-the-plants-are-dying.html

Even the Cypress tree that inspired Dr. Seuss’ classic of environmental literature, The Lorax, has died, and its species, the real one, is endangered. Who speaks for the trees?
https://www.businessinsider.com/cypress-trees-that-inspired-lorax-extinction-risk-2019-6

The tree’s cascading scruff of leaves, which sit atop a twisty trunk, does indeed bear a resemblance to the Truffula trees in the book. In the story, the greedy Once-ler exploits Truffula trees for their fuzzy leaves, chopping them all down for use in his factories, which spew smog and pollute local waters.

Who speaks for the dying species, including our own?

Don’t forget about the Extinction Rebellion, which continues world-wide except in the most repressive countries. Have you heard about them recently? They’re staying busy, and they gonna get in your face.
https://www.sbs.com.au/news/extinction-rebellion-activists-occupy-four-australian-cities-protesting-adani

Like they got in Facebook’s face. Hey, who knew Facebook had a private beach in Cannes?
https://www.thedrum.com/news/2019/06/20/extinction-rebellion-brings-protest-cannes-facebooks-private-beach

And, yeah, extinction can come ripping down from above, too. I don’t mind using some of my taxes for NASA to keep an eye out for doom coming from far away. And from even closer to home…by funding more climate research, too. It’s better than paying for the military.
https://www.npr.org/2019/06/20/734311961/poll-americans-want-nasa-to-focus-more-on-asteroid-impacts-less-on-getting-to-ma

From the Facts to Factor In Files, The Daily Mail says the US military by itself is a greater contributor to global warming than many entire countries. This is a good fact to remember when you are stepping back from the brink of war. Especially when you realize that the U.S. military is mostly used to defend and expand the fossil fuel industry, which is by far the biggest contributor to climate change. Think about it, folks. We’re killing people in order to defend the industry that is killing the planet, and we’re killing the planet even faster by doing that killing. Fossil fuels are the industry of death.
https://www.dailymail.co.uk/sciencetech/article-7163857/New-study-shows-military-bigger-contributor-climate-change-countries.html

‘An important way to cool off the furnace of the climate emergency is to turn off vast sections of the military machine,’ said Dr Benjamin, co-author of the study in Transactions of the Institute of British Geographers.
‘This will have not only the immediate effect of reducing emissions in the here-and-now, but create a disincentive in developing new hydrocarbon infrastructure integral to US military operations.’

And, this story to close, from a little closer to my own home. This is how far the loser Republicans will go to serve their Fossil Fuel Corporate Masters. They’ll break the law by not showing up for their jobs. Then they’ll run and hide. This would be funny, actually, if it weren’t so sad. Fookin’ losers and chickens. Run and hide, ya fookin’ crybabies. We’re gonna save the world despite your death wish and your 30 pieces of silver.
https://www.cnn.com/2019/06/20/politics/kate-brown-oregon-republican-senators-police-climate-change/index.html

These Republican fookers will even threaten to shoot government officials, at the bidding of their masters, which is sure not the public. Heck, the public is paying them to do their fookin’ jobs. Not to run away from them.
https://www.oregonlive.com/pacific-northwest-news/2019/06/oregon-republican-senator-threatens-state-troopers-warning-them-to-come-heavily-armed-morning-briefing-for-thursday-june-20.html

Yes, folks, it’s interesting times we live in. It’s like a Circus out there, and it’s getting kinda crazy. So I’m stepping back and hunkering down over here on the side.

Until the morning comes.