View from the Side 20190624: Three Body Problem Third, the Solution 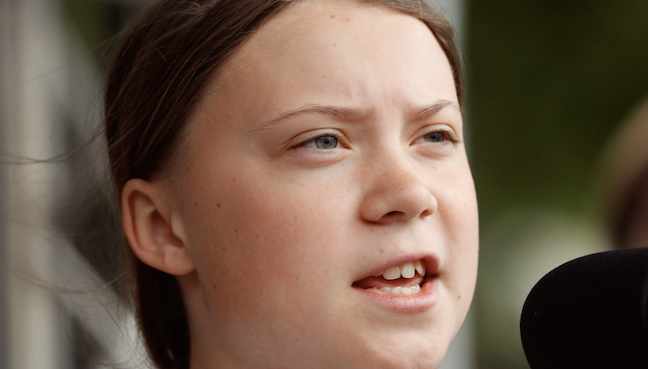 So, I told you before about the Three Body Problem, right? Remember? It’s the unsolvable mathematical conundrum of trying to calculate the trajectories of three or more objects which all influence each other. There is, as the maths geeks would say, “no analytical solution to the three body problem.” Once you have three or more interacting forces, you have too many variables involved to be able to figure out where they will end up.

Dang! Don’t you hate that no solution thing?

In my own way, I’ve been running into a sort of three body problem in this endless satirical view of P.R. Burn-em’s Two-Party Circus I’ve been writing since leaving the Democratic party back in March. I’ve been trying, you might say, to calculate the trajectories of this wild, many-part circus, pointing out the antics of the clowns and trying to guess what shenanigans they might get up to next.

It’s a pretty good show. But, like a three body problem in physics or a deep image in poetry, this circus can’t really be solved or fully understood. There are just too many variables and unknowns.

The three body problem that View from the Side faces lies in the fact that all three rings of P.R.’s Circus have come to life at the same time. There’s too fookin’ much to look at, is what I mean. You got your Blue Clown Fashion Show going on over on one side. You’ve got the Clown Wars in the center ring, Blue and Red Clowns fighting each other to death around the outer rings of the Orange Trump Bunker in the back and forth battles of Investigate-gate ™. Inside the Bunker, the First Crime Family carries on its nefarious business un-impeached by the Pelosi-osaurus and her clownish Parakeet Parade. And now, in the other Circus ring— which had been shadowed and dark— a new wild show is erupting with a bloody red light all around it. It’s the War Party rising up— no clowning around here— zeroing in for the moment on the restless Iranian front of the three front war.

Like a three body problem, the political forces that push and pull against each other in P.R.’s system are too many, too complex, and too variable to be analyzed completely. There’s no way to really predict where such a complex and frankly fooked up system is going to go. The trajectory, you might say, cannot be mapped out in advance.

Yes, folks, P.R. Burn-em’s Two Party Circus is a three-body problem, and, there is no real solution to such a problem.

Oh, what in P.R.’s World is a surrealist satirical blogger to do?

No worries, friends! It turns out there is a way out of the three body problem. There is a way to solve the math of the multiple variable system. You just have to look at the problem from a wider perspective. In astronomy, for example, you can back your perspective away from the interactions of the bodies within the system you are studying, and look at the three orbiting bodies as a single entity, moving together through space. Once you do that, you can fairly easily calculate their motion as a unit.

Here’s a bit more meta-thinking for you. Gregory Bateson gave me this one. Bateson was enamored of an idea from Bertrand Russell, I don’t know if Russell originated it. It’s called the Theory of Logical Types. It’s easiest to visualize this by picturing nested circles. A big circle has a bunch of little circles inside it. The little circles are all the same level of logical type. The big one that holds them all is at a higher level of logical type. Got it? The little ones could be filled with even littler ones, and so forth, kind of like the Cats in the Hats, who faced their own unsolvable messy problem if you remember that story.

The solution to what Bateson labeled a “double-bind” problem that cannot be resolved at its own level is to consider it from a higher level of logical type.

Similarly, a three-body problem can be solved by changing perspective and looking at the three linked bodies as a single object. By seeing the three body system as a single body.

So, let’s take a moment this lovely morning, to step away from the circus. Let’s walk away from the surrounding sideshows and barkers and carnival rides that fill the parking lots of the circus. Come take a little walk with me, out onto the streets of this village we share. Let’s get away from the the big tent, and stroll out to the edge of our little town, and then wander up to the top a nearby hill.

From this vantage we can look down onto P.R. Burn-em’s World, imagining all three rings and the clowns and the lions and the bleachers and even the roaring, laughing audience as a single body, existing for the moment in what was, last week, an empty field. From this high hill to the side of the circus, we look down on the big top, with its rigging pulled taut all around the outside of the tent. We can see how fragile and temporary it all is. The noise and applause and laughter from inside the tent sounds like just wind through the trees now, lacking all excitement and fury, signifying nothing. From this far hill, we can’t see the antics of the clowns or the astonishing skill of the acrobats. We can’t hear the children scream with excitement. We can’t even smell the hamburgers render their fat on the sizzling grill. We can’t even be tempted to peer into the tent of the tattooed lady.

Instead, let’s breathe deeply, and enjoy for a moment, the fresh air and the scent of flowers, the trickle of clean water in a nearby stream. Hear the sound of a few birds singing. There’s a whisper of a breeze though the tall grasses on this hilltop. Ah, isn’t it nice to get out of that chaos and ruckus of the Circus for a while?

But there seems to be a smell of bitter smoke on that sweet breeze. What could it be? What is it we see, then, from this distance, now that we are away from the confusion and chaos of the three-rings? What’s happening down there to P.R.’s World? Holy smokes, Batman. OM fookin’ G! The whole fookin’ tent is on fire! It’s gonna burn to the ground if we don’t do something now!

No, we may not be able to calculate the interrelated influences of the many bodies circling and orbiting each other inside the circus. But we can see, from the outside, exactly where the whole circus is going. Not a good place. Hell in a bucket comes to mind as one way to describe that destination. The path to extinction might be another.

Yes, folks, from the side it’s easy to see that the entire political circus P.R. Burn-em’s been running on us is running out of time. The climate crisis is going to overwhelm all our petty party differences; it’s going to blur the colors of everybody’s clown outfits. And it’s not going to be funny. Soon it will be time to forget the circus, to flee the tent for our lives, and to try to save what we can.

It would be better, of course, if we started sooner than later. That’s among the many reasons I favor impeachment of the Climate Denier In Chief, and why I’m a Climate Voter for 2020. Because it’s time to get out of the Circus tent, and try to stop the world from burning down around us.

And the DNC don’t want no climate debate, neither, dammit!
https://www.salon.com/2019/06/22/climate-debate-gate-democratic-party-doubles-down-on-stupid-but-the-fights-not-over/

It looks like the Blue Clowns, trapped inside the circus, are not going to help us put the fire out. They are planning to go down in a gory blaze of glory, it looks like, taking the crowd and the whole town down with it. Because the show must go on, even if the tent is burning down.

So, how are we going to get out of this burning circus? How can we change the political world in a way that can actually help us deal with this crisis? Maybe we adults have to stop leading, with our Dinosaur thinking. Instead of dragging them along after us toward the cliff, we could turn around, and follow the children instead. Evolution, I think they call it, metaphorically speaking.
https://www.businessinsider.com/in-greta-thunbergs-footsteps-the-climate-kids-fighting-for-their-future-2019-6

Yes, we can solve this seemingly unsolvable three body problem, if we unify as one body around the one crisis that we all share together. We can understand and correct our trajectory, if we could just see ourselves and the living world in which we live as one, together, not many, apart. We could save the world by seeing that it is only one world, not divided into many, and that we are all joined by the natural environment which surrounds and supports us all.

Or, we could let the tent we are all in burn down around us, while we do the Dinosaur Disco Dance to extinction.

We all share the weather, and realizing that simple fact erases much of the complication from the three body equation. The climate crisis, to use Bateson’s terms, is at a higher level of logical type than the other issues in the Circus. Climate encompasses all those other issues, and focusing our work on climate will, if not resolve at least minimize the harm, of all those other concerns.

There is a solution to this three body problem, if we only see it from a wider perspective. And it’s not that hard, really, to see, if you know where to look. We are all living parts of a single, encompassing body, which I call the ‘living world’. If we could see that we are one— if we could shed our clownish colors and stop, for a while at least, fighting each other— then we could work together to save this world that we all share, and we all need.