View from the Side 20190708: Drain the Swamp by Washing Washington Away 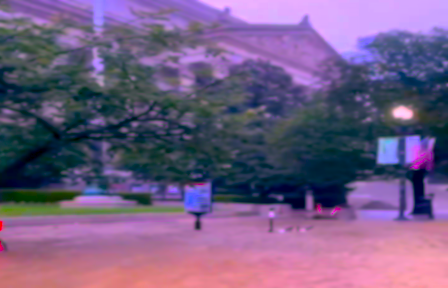 Drain the Swamp By Washing Washington Away

This seems an appropriate way to begin the week. As I write this morning’s post, Washington, D.C. is being swept by enormous storms and floods. And while I feel for the people who will inevitably suffer the most— that is the poor, the homeless, the people of color, the disadvantaged and dis-enfrachised who cannot flee the storms— I also can’t help but see the irony in this flood, and its metaphorical possibilities. I mean, doesn’t everybody?

I’m telling you, from the side this looks like fookin’ god telling the fookin’ clowns in Washington to focus on climate change, for fook’s sake! This is a message from above. How much more directly can Dude with a capital D smite the capitol before they start to feel smote? Isn’t this what all the religions of the past would call a “Sign”? I’ve gotta say, it looks a lot like Dude wants to fulfill Trump’s campaign promise for him, and drain the swamp. And I don’t think Dude is thinking metaphorically.

So, is god or climate change washing away Washington D.C.? Here’s Cult of the Doomsday Scientists superstar Paul Beckwith on the flooding in Washington, D.C.
https://www.youtube.com/watch?v=iks8i0k-YEU

Speaking of climate, (I know, I know, I do that all the time.) a bloom of cyanobacteria in the Gulf of Mexico closes Mississippi beaches. All of them!
https://amp.usatoday.com/amp/1668498001

The algal bloom, or rapid growth, was caused in part by the opening of the Bonnet Carre spillway in Louisiana, which introduced an excessive amount of freshwater to the coastline.
The blue-green algae is technically not an algae, but cyanobacteria, which is known to produce toxins. Exposure can cause rashes, stomach cramps, nausea, diarrhea and vomiting.

And then there’s this on Insect Extinction:
https://www.naturalblaze.com/2019/07/insects-might-die-out-more-catastrophically-than-dinosaurs-scientists-claim.html

In an interview with Phys.org, Sorg states that they have known about this since 2011, but the situation has steadily worsened over the years. Every single year, there is a rapid decline of 2.5% in the insect kingdom, which means that the entire world would be devoid of insects in a century.
And that would be fatal to us, for there are a lot of ecosystems that depend on insects for their maintenance and survival.

I know I’ve become bad company at parties and social outings these days. When the subject of politics comes up, I always steer it toward climate change. A few people pitch in with the latest info they’ve heard: extinctions, new melting glaciers, crop failures. Then someone inevitably says, “This is getting so depressing!” We all sit for a moment and then jump back to stories about the concerts we’ve seen and the latest shows on Netflix.

The biggest reason we are not working to mitigate the environmental crisis is that it’s just too depressing to think about. People like Greta Thurnberg and the Cult of the Doomsday Scientists and my humble self have begun to insist that politicians and the news media and the general public begin to talk about environment and climate no matter how fookin’ depressing it is. It’s too fookin’ important to ignore.

So the next question becomes, “How do we cope with the knowledge that we’ve fooked the environment and have to change our way of life to soften the impact and to survive it?” What do we do when the truth hurts? A lot of folks are talking about that.

Yale climate connections explores the psychological impact of becoming aware of the realities of the environmental crisis.
https://www.yaleclimateconnections.org/2019/07/redefining-hope-in-a-world-threatened-by-climate-change/

It’s also good to focus on what we can do to mitigate, if not prevent, the worst effects of the environmental crisis. From my side of the continent, this may seem to be from the captain obvious files. This Vox headline makes the not-so-challenging claim that “Restoring forests may be one of our most powerful weapons in fighting climate change”

Ya think? So let’s do it, already. This is an excellent, in-depth article, once again, from Vox.
https://www.vox.com/2019/7/4/20681331/climate-change-solutions-trees-deforestation-reforestation

The world’s forests have the potential to be carbon-sucking machines
It’s important to remember that forests are not just trees. They are whole self-regulating ecosystems, from the soil bacteria that fix nitrogen to fertilize roots to the rodents and birds that spread seeds to the fungi that rot away carcasses and break down tree trunks.
All these organisms working together allow forests to push moisture into the air and pull carbon into the ground. Nonetheless, trees are a useful proxy for the work that forests do, particularly with respect to climate change.
Trees are usually 50 percent carbon by weight, and the vast majority of that comes from carbon dioxide absorbed from the air. A silver maple sapling, for example, would sequester 400 pounds of carbon dioxide over 25 years. That absorption can change based on the species of tree, its size, its age, its location, the soil it’s growing in, and the climate around it. Multiply that by the millions of trees across the world’s woodlands and you can get a sense of just how hard forests are working to keep our greenhouse gases in check.

But, it’s a new week and a new news cycle, and I’d be remiss not to mention the scandal of the day. Jeffrey Epstein is arrested– again– for sex crimes. I wonder, how many people besides Donald Trump are “friends” of Epstein? This article from The Daily Beast completely ignores the many political connections the generation-long Epstein scandal involves.
https://www.thedailybeast.com/jeffrey-epstein-arrested-for-sex-trafficking-of-minors-source

But this one names a few names, at least.
https://www.realclearpolitics.com/video/2019/07/07/julie_k_brown_quite_a_few_powerful_and_important_names_will_come_up_in_jeffrey_epstein_sex_trafficking_case.html

As does this one.
https://www.inquisitr.com/5517614/second-defendant-jeffrey-epstein-sex-trafficking-monday/

And so does Nancy Pelosi’s daughter, Christine.
https://www.washingtonexaminer.com/news/nancy-pelosis-daughter-quite-likely-some-of-our-faves-are-implicated-in-epstein-case

And, on a very random side note, this changes my calculation about whether or not Hillary will come in to save the Democrats in Disarray. If Bill gets swept up with Jeff, then she’s probably out of it. Either way, I sure hope she stays out of 2020.

Will this hearing (kind of a cool word, if you think about it… maybe it could be called a “telling”…) be an affirmation of democracy in action? Is it high political drama? Is it low-brow partisan theater? Will it be a spectacle to behold? Or will it just be a gabfest by politicians concerned more about their own self-image and re-election than about justice, democracy, or law? Friends, it’s gonna be all of that and more. Mueller’s coming, better hide your hearts, baby. Anything can happen now.

Yes, Mueller is coming to the Circus and the Red Clowns are lying in wait. This is why Mueller has not wanted to testify. He’s gonna end up having to lie to both sides, and it may be hard for him to not take the fifth. Amendment, that is, not whisky.
https://www.foxnews.com/politics/rep-peter-king-severe-serious-abuses-by-fbi-cia-in-russia-probe-is-going-to-come-out

I don’t think Mueller’s testimony will bring any change in the endless Escher stairway of Investigate-gate ™, as the Blue Clowns bring in Mueller to report out loud on what he has already reported on in writing at great length in what is called, for some strange reason, the “Mueller Report”. In other words, he’s already reported, dudes! I think substantive questions could be asked, but I’m doubtful that they will be asked.

I’d ask Mueller if he thinks the obstruction process described in part two might have successfully hidden evidence that could have proven the conspiracy investigated in the first part of his report.

I’d ask Mueller if, in his opinion as a current private citizen but with his experience in criminal justice, and based on the evidence he investigated and reported on, does he personally believe that DT committed one or more crimes? If so, which ones?

But there is another possibility to this whole charade. It might work. It could finally be the spark that triggers the impeachment gun– which Mueller himself already loaded with his little report. Mueller just might say something that would sway Nancy Pelosi to allow Trump to be impeached. Does she really get to make that decision herself? Watch out, or Nancy’s Silver Gavel gonna come down on your hea-ead! Probably not on Trump’s orange head, though.

Because it is, after all, those pesky progressives who are the real thorn in Pelosi’s well-pedicured big toe. This is a pretty devastating critique of Pelosi, if you’re interested in such things. Since Pelosi gets to pretty much decide the future of our country right now, I guess I’m pretty interested.
https://theintercept.com/2019/07/07/nancy-pelosi-has-chosen-her-war-and-its-with-her-own-partys-future/

And I’ll end for today with this New York Times piece on the sources of Marianne Williamson’s witchy warrior stance, and her reasons for running for president. It’s a miracle. Really. In fact, maybe those floods aren’t just random at all…
https://www.nytimes.com/2019/07/05/nyregion/marianne-williamson.html