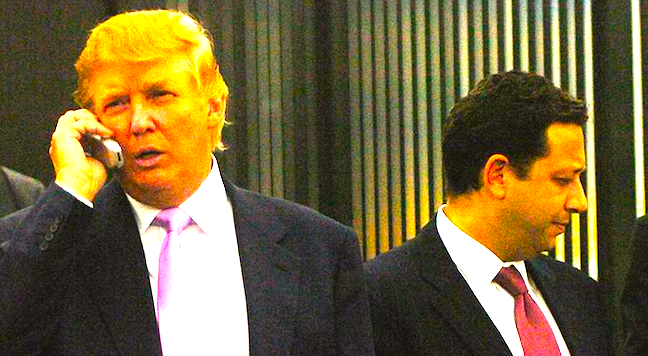 “I was confused, then I got used to it.” James Tate

The Circus is a place of constant confusion. By design. Surprise, distraction, amazement are the tools of the showman, the magician, the ring-master. More than one thing happening at once. All the senses engaged. Confuse the marks, and amuse them, while you pick their pockets clean. That’s how it works, folks, in P.R. Burn-em’s World.

Confusion and delight are often intertwined, and certainly a confused person is easier to take advantage of. Keep ‘em guessing. Keep ‘em jumping. Keep ‘em bewildered and befuddled and bemused. Then, you can use them at will. If you confuse them enough, they won’t even notice their empty pockets until they get home.

So, in the center ring of P.R’s Circus yesterday was Felix Sater, finally testifying to the House Intelligence committee. Do you know who he is? A star of the Mueller Report, a long-time associate of Trump’s lawyer Michael Cohen and business associate of Don Trump’s. The Intel Committee’s been planning to talk to him since March, but, you know how it is, stuff just kept getting in the way. Anyway, yesterday was finally the day, and he was actually going to answer all questions asked of him, so he said.

But, despite this being the big event of the day, the House lights were all abruptly turned off, and the testimony took place behind closed doors. Up here in the cheap seats, we were in total darkness about it all. And then, later, according to the public announcement by the committee, it looks like Felix has decided to bunker up with the Trump Team, rather than cooperate with this investigation, after all. Or so it seems, in the who-knows-who-is-who world of Spy v. Spy. Politico describes it this way.
https://www.politico.com/story/2019/07/09/felix-sater-house-panel-obstruction-1404624

And here’s The Hill’s take:
https://thehill.com/policy/national-security/452300-trump-associate-felix-sater-grilled-by-house-intel

But none of today’s stories mention what Politico pointed out two days ago— that Felix the Cat here has been working both sides of the back alley for a while. He’s a long-time government informant, according to this story.
https://www.politico.com/story/2019/07/08/felix-sater-moscow-trump-tower-1401940

…the topics also deal with highly sensitive national security issues related to Sater’s prior work with the government.
A federal judge confirmed for the first time in May, for example, that Sater helped the U.S. government track down Osama bin Laden.
Sater’s informant work stems from a 1998 case in which he pleaded guilty to participating in a $40 million stock fraud scheme orchestrated by the mafia in New York. As a result, Sater agreed to secretly collect information for the government, which described his cooperation as “extraordinary” in national security cases that were named in open court in May.

A long-time government informant, working within the Trump campaign to connect him with Russia? Are you confused yet? And he wasn’t the only one.

Here’s the thing, friends. Mueller’s Coming to testify himself, and some very weird truths are not going to come out when he does. It’s P.R. Burn-em’s Two-Party Circus, after all, and it’s all a show. Out here in the cheap seats, we’re about to become more confused, not less. And we’re gonna be the losers, again. Better get used to it. Investigate-gate ™ is going to layer double-agents like Constantin Kilimnick on top of criminals like Donny and Manafort and Michael Cohen into a stew that won’t taste good at all. We’re gonna get some spoiled Hillary and Obama dropped in, on top of a base of New Cold War Bouillon, spiced with FBI sex scandals and crooked politicians on all sides until the whole mix gets shunted back into the oven of a closed session and the real deals get cooked behind the scenes. This is Intel Biz, baby, and the part we in the public get to see is gonna be highly redacted. We’re gonna get confused, and we’d better get used to it.

But, no worries! There are always sex scandals! Yes, it’s officially Summer Silly Season on the Side, and nothing kicks the good times off like a good sex scandal. In the Epstein case, Secretary Acosta is in hot water, and it’s not a hot tub, either.
https://www.theatlantic.com/ideas/archive/2019/07/alex-acostas-legacy/593599/

There’s friends, of course, and then there’s “friends”. This narrative paints a harsh picture of the NY High Society all around Epstein, before and after his first prison stint for child molestation. Enablers one and all.
https://www.salon.com/2019/07/09/i-was-a-friend-of-jeffrey-epstein-heres-what-i-know/

Meanwhile, the tide toward an impeachment tipping point slowly rises. The Atlantic examines Pelosi’s incomprehensible, inconsistent, illogical stance on impeachment. And explains it. Sort of. In a confusing way.
https://www.theatlantic.com/ideas/archive/2019/07/nancy-pelosi-doesnt-want-impeach-acosta-or-trump/593575/

I’ll end today with this strangely paradoxical Fox News panel discussion on the role of climate change in the Democratic primary race. Worth watching if you can handle quite a bit of cognitive dissonance. Get ready to get confused. I am. But I’m used to it, from the Side.