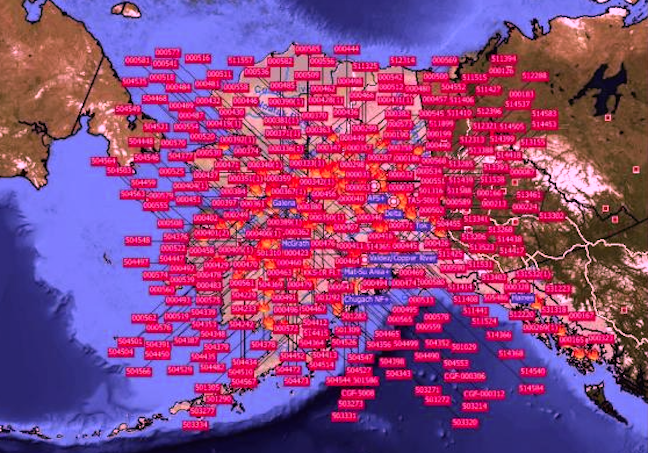 Yesterday’s court decision halting an emoluments lawsuit against Trump is bad news for the Blue Clowns in Wash-it-away, D.C.

“Although the court described a litany of ways in which this case is unique, it failed to acknowledge the most extraordinary circumstance of all: President Trump is brazenly profiting from the Office of the President in ways that no other President in history ever imagined and that the founders expressly sought—in the Constitution—to prohibit,” the statement said. “We have not and will not abandon our efforts to hold President Trump accountable for violating the Nation’s original anti-corruption laws.”
According to Bloomberg, the profits the Trump Organization as a whole earned from foreign countries and officials over the past year amounted to  $191,538, an increase of 26 percent from the year before. The Organization, the operation of which Trump left to his children when he took office, donated that same amount to the U.S. Treasury to avoid Emoluments Clause concerns.
On Monday, the Justice Department filed a challenge in a separate Emoluments Clause case with the D.C. Court of Appeals. That case, brought by congressional Democrats, involved Trump properties including hotels in New York and D.C., as well as Mar-a-Lago in Florida. The DOJ’s filing seeks the dismissal of the case, or at least a halt to the discovery process that would involve turning over various business records.

A significant element of the Fox story about this decision is its open mention of a seldom-discussed mythological element in the Trump narrative that is very important to a large portion of his base. “The Deep State vs. Trump” is a central part of the Hero myth that AGAM diehards have swallowed whole. If you aren’t aware of how the Deep State theory plays into Investigate-gate ™, and into the whole Trump phenomenon, a quick Google will serve you well. Try “deep state trump” to start.

Or, instead, you could just try to imagine the Don as an orange-helmeted Don Quixote, lurching on his old horse toward a windmill labeled “Deep State”, with a bunch of three-letter acronyms graffitied all across its sides. Don Quixote’s lance, though, is poking Sancho Bill Barr in the butt and prodding him to charge the windmill, while the Don kicks back on the broke back of his old pony. Don’s AGAM supporters are all lined up on the hill, cheering him on in his brave attack on the Deep State windmill. Got that in your imagination?

Now, imagine actually believing it’s true… I know, I know, but that’s what some of these Orange fringers really think. Google for yourself.

A second significant point about this court ruling isn’t mentioned by Fox. The court, in fact, did not exonerate Trump from an emoluments violation, but simply said that Maryland and D.C., as states, don’t have standing to bring the complaint. This decision does not decide the facts of the case at all. The emoluments clause is a constitutional issue, and, according to this court, the states don’t have that jurisdiction over the President.

Now, Congress, as part of a legitimate impeachment inquiry? That’s a different question altogether. Impeachment is where an emoluments charge will have to be tried. Not a court case brought by individuals or states. Impeachment is the only constitutional remedy against a corrupt president.

But according to Politico, The Democratic movement toward impeachment is “frozen”, at least until Mueller testifies. Dang! I thought it was just heating up. Depends on where you’re viewing from, I suppose. This story provides some details about the upcoming Mueller hearing and how it will proceed. From the Side, it looks designed to fail. Don’t hold your breath for this one, folks. The biggest news will come from the Red Clown counter-attack against Mueller, and it might have some good Spy v. Spy stuff buried between the headlines.
https://www.politico.com/story/2019/07/10/impeachment-mueller-testimony-1405809

But, if impeachment is frozen, Alaska is sure heating up. Is it baked Alaska, or burned Alaska? After a record heatwave, now a record number of wildfires are burning wildly! All across the state.
https://slate.com/news-and-politics/2015/06/alaska-wildfires-climate-change-is-helping-spark-big-fires-at-a-record-pace.html

Food matters. This article investigates the impact of the climate crisis on future crop yields. It looks like food shortages are coming.
http://theconversation.com/climate-change-is-affecting-crop-yields-and-reducing-global-food-supplies-118897

Thousands of universities around the world have declared a climate emergency! But, action? There is some mention of divestment, here, which is real action.
https://www.channelnewsasia.com/news/world/climate-change-plan-universities-academic-11710516

So, say goodbye to Stationarity. There is no “New Normal” anymore, and there’s not gonna be. In fact, it’s the end of Normal altogether, the “death of predictability” when it comes to the weather, according to this breezy Wired piece. (Cassandra scoffs at that, but no one listens to her, anyway…) This article touches on most of the climate stories I’ve linked to recently here on the Side, which all show just how urgent the crisis is. But this story also gets at something very important about climate change. It is not a question of simply adapting to a new climate. It’s the very idea of climate— if that means consistent predictable weather— that is going away. There is no “new normal” except the new normal of constant change. Well worth a read. And I love the “ain’t” at the end. Nice touch, bro!
https://www.wired.com/story/this-summers-weird-weather-is-the-death-of-predictability/

The core concept here is “stationarity.” Formally, that’s the idea that the probability of an event happening in a given time doesn’t itself change over time. Less formally, it means that data on how often something used to happen can tell you how likely it is to happen again. When you hear about 100-year storms or once-in-a-lifetime heat waves, those frequency estimates assume stationarity. But when it comes to climate, researchers no longer expect it—not in the watery stuff like rain and floods, nor the fiery stuff like, er, fires. Increasingly, the scientists who study emerging infectious diseases, crop survival, air pollution, sea level rise, and extreme heat all warn that past performance may no longer be indicative of future results.

So there it is, friends. Say so long to sweet Stationarity. I never even knew who she was, or how much I depended on her, until I read this story. But somehow, I get the feeling we’re all gonna miss ol’ Stationarity, now that she’s gone.