View from the Side 20190723: Lowering Expectations 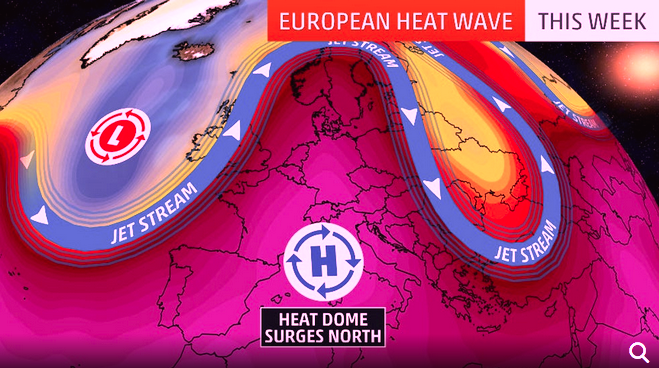 In case you were holding high hopes that Robert Mueller’s testimony to Congress tomorrow will shed new light onto Trump’s high crimes and misdemeanors, I’d like to remind you of some history, just to lower those expectations a little. Here are three things to remember, as you set your alarm to watch Robert Mueller testify to Congress tomorrow morning, bright and early. Three things to keep you from hoping for too much from the old cowboy.

Number one. Robert Mueller and William Barr are close, personal friends, and have been for at least 30 years.
https://www.politico.com/story/2019/04/18/barr-mueller-friends-against-each-other-1282649

And, finally, number three. Robert Mueller already spake, and he said he doesn’t have any more to add about his report. He hinted as strongly as he likely will that Congress has to make the decision about impeachment. He didn’t want to come before Congress. He’s tried to put it off. He is, in other words, a reluctant if hostile witness.
https://www.youtube.com/watch?v=Us2boO90O8M

“It is important that the department’s written work speak for itself.”

It’s hard to imagine Mueller going much beyond that statement. I don’t expect much more than that from tomorrow’s testimony.

So remember those three things, and don’t get your hopes up for some great new revelations in tomorrow’s hearings. But don’t forget, either, that Trump has committed high crimes and misdemeanors which Mueller has already described in some detail.

And Vox gives you all the background and info you need if you’re brand new to all this Mueller hoopla and want to catch up with the action.
https://www.vox.com/2019/7/23/20703923/mueller-testimony-schedule-time-watch-live-stream

A lot of the pundits are saying Mueller’s testimony is the last hope for impeachment. I tend to agree, since with their long summer recess Congress won’t reconvene until the window for possible impeachment is almost closed. And, because I don’t have a lot of hope that Mueller’s testimony is going to say anything that isn’t in his report, I don’t have much hope this morning that impeachment will happen. Pelosi’s Path will likely win again, and the rest of us will lose. Cassandra is weeping a little bit over there in the corner. Why does she always hug that statue like that, I wonder?

Anyway, if Pelosi does block impeachment, then we have to have high hopes for the election, right? That’s Pelosi’s path: appeasement now and winning in 2020. Sounds kinda okay, if we make it ’til then. So how’s the election prospect looking for the Dems? Let’s take another glance at the Blue Clown Primary Fashion Show. There’s some good lookin’ models out there! But this is the 21st century, and we’re not all about looks anymore, right? Even Miss America is expected to have some smarts, right?

So, for today’s strut on the runway, The Blue Clown Fashion Show Models have been dressed up as college professors by Jason Tebbe on Tropics of Meta. Pretty funny stuff, and not too far off, I’d say.
https://tropicsofmeta.com/2019/07/09/the-democratic-primary-field-as-a-history-department/amp/?__twitter_impression=true

So, I guess we better lower our expectations for the election, too. These profs aren’t likely to get moved up into management.

This next story’s not so funny. We can definitely expect more heavy weather coming at us. Another heat tsunami is hitting Europe— the second one this summer. So far. On the graphic, notice the meandering nature of the jet stream. This is the feature of global warming that Paul Beckwith emphasizes. The weather follows those meanders, and they are becoming larger and more irregular as the climate warms. This Heat Tsunami may smash a lot of all-time heat records in Europe.
https://weather.com/safety/heat/news/2019-07-22-europe-heat-wave-forecast-france-germany-netherlands-belgium

And we can always hold on to our high expectations… for Trump to lie. He likes to say he’s the best at things. He’s certainly going for a record for lies, a speed record, this time.
https://www.vox.com/2019/7/22/20704273/trump-mueller-testimony-watch-a-little-bit-lies

The Climate Kids are still at it. Getting arrested protesting the DNC’s refusal to hold a climate debate. I don’t expect they’ll listen to these young people. The Dinosaur National Committee are committed to dinosaur fuels and the Nancy Pelosi extinction path. If they give the climate crisis some attention in a debate it won’t be until after Jay Inslee is safely out of the race.
https://www.witf.org/news/2019/07/10-arrested-during-climate-change-sit-in-at-pa-democratic-hq.php

Sunrise Movement spokesperson, Isa Flores-Jones, says the ten protesters who were arrested should be released within a couple of hours of their arrest. The group plans on greeting the protesters when they are released.
“We engage in this strategy of nonviolent, direct civil disobedience because we’ve been emailing Chairwoman Patton Mills’ office for the entire month, we’ve been asking for this meeting … We want an arena to have a full conversation about the climate crisis and they simply aren’t listening,” Flores-Jones said.
After the arrests, protesters returned to City Hall to sing one more song.
“Forget your perfect offerings/ just ring the bells that still can ring/ there is a crack in everything/ that’s how, that’s how, that’s how the light gets in!”

It’s a safe expectation that the climate crisis won’t go away, just because the DNC doesn’t want to talk about it. And they should talk about it, because Climate Change underscores every other national issue that the public cares about. Even military strategy and National Security are closely linked to changing climate, as this article from Yale Climate Connections explains. Dig through the links in the Yale article to get at their sources. Some interesting rabbit holes for you.
https://www.yaleclimateconnections.org/2019/07/a-brief-introduction-to-climate-change-and-national-security/

The idea that a warming planet threatens stability around the globe is not a new one. The U.S. Naval War College began studying the topic as early as the late 1980s, and over the past three decades a steady stream of analyses from the U.S. Defense Department, private think tanks, and other organizations have pointed to threats that climate change poses to peace and stability. Climate change is rarely viewed as a direct cause of instability and conflict, but experts generally regard it as a “threat multiplier” – a phenomenon that can worsen or exacerbate other sources of instability and conflict, such as competition for natural resources and ethnic tensions.
Discussions generally fall into two areas: the impacts of warming on conflicts between nations and among ethnic groups within nations, and the impacts of warming on U.S. military infrastructure and operations.

Of course— as expected— the ironic fact that the US military is one of the largest single contributors to CO2 emissions in the world, by itself more than most countries, is left entirely out of this article.

It’s one of those non-intuitive equations that complexity often yields: reducing the US military would increase national security by reducing the overall impacts of global warming. And, going even further, the best way to protect our national security would be to devote our war funding to mitigating climate change. It may in fact be that the gravest danger to our National Security is the very military we have created to protect it. Weird, huh? I don’t have much expectation that we’re going to unravel that knot soon.

And, while the military is a threat to the environment and our own security, Trump’s administration, even more specifically, is also grave danger to the Earth and to our country.
https://www.politico.com/story/2019/07/18/usda-suppresses-climate-change-plan-1598987

Staff members across several USDA agencies drafted the multiyear plan that outlines how the department should help agriculture understand, adapt to and minimize the effects of climate change.
Top officials, however, decided not to release the plan and told staff members to keep it for internal use only, the employee told POLITICO. The person spoke on the condition of anonymity out of fear of retribution.

This is all why impeachment matters so much. And, though, I don’t expect Mueller to add much to the evidence for it, I do expect my representatives in Congress to live up to their oaths, and start an impeachment inquiry. How could I expect any less from them, and still believe in our democracy?

But if I’m still too optimistic, and Nancy Pelosi manages to dam up impeachment, then it becomes even more crucial to elect a climate change candidate in 2020. And that’s why I’m a climate voter for 2020.

So, which of the candidates is going to earn my vote?

I can say with some assurance that it won’t be a Republican. Will the Blue Clowns put forward a Climate Change Candidate like Jay Inslee? Or will Climate Voters like me have to look to the side of the Two-Party Circus to find a climate candidate to vote for?

Stay tuned, folks. Tomorrow will tell us a lot, if only by telling us a lot of nothing. And I don’t expect much more than that.

But maybe even lowered expectations will be enough, when the morning comes.