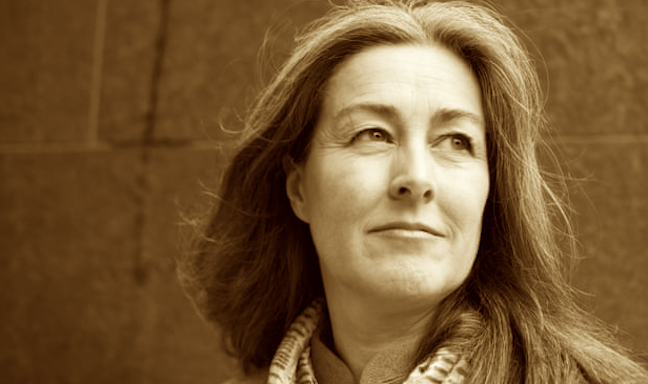 My reasons for starting this column I call “View from the Side” came from a few over-lapping concerns. The first and foremost was the environment. A few months of research during last winter into the current state of climate science convinced me that really bad things are happening, right now, and we’re not being well informed. Our last chance to prevent catastrophe was closing fast. Dang, I couldn’t just sit by and not write about this stuff! That research led to this little idea for an essay, posted as a blog entry back in February.

Quitting the Democratic Party in March over Nancy Pelosi’s failed leadership gave me both additional impetus to begin a blog, and it gave me a position from which I could write most effectively. That is to say, from the Side of the political circus. Not a Democrat, certainly not a Republican or Libertarian. Not even a Green, though I will always be an environmentalist and climate voter. From the Side, I could try to acknowledge what was right, and more often what was wrong, with all the parties and their positions. I could comment freely about all sides, and focus– rather than narrowly on Blue vs. Red– more broadly on the issues and concerns that politics should be the means of addressing. And from the Side I could look at the system itself, in a way I couldn’t from inside it.

Through many pages of writing and hours of research since then, I’ve discovered that I can’t make anything up that hasn’t already been made up. It’s a problem, I’ll admit, because I end up only slowly coming to find out the real sources of the ideas that I believe I originate. So it goes, as Kurt Vonnegut said.

But, I can’t help myself, and I keep trying to make up new stuff, anyway. So, back in April, when I ran into this Exxon memo while doing some random internet research on climate change for the blog, I came up with the word “Ecocide” to describe what I’d read about. Sometimes naming a thing gives you a kind of power over it. You can point, then, and say, look, there it is again. That thing I named.

Angry beyond words at Exxon and all the corporate murderers out there, I continued to use what I thought was a brand new word, “Ecocide” in my writing. I wanted to name this crime and point my angry words at it. And I went about blithely using the term in this column and even in a short story. Just a few weeks later I found out Ecocide was already a term in use, if not widespread or well-known. And the case against Exxon and others was already being pursued by 350.org, among others.

There’s nothing new under the sun, I suppose. (I know, I know, somebody already said that, too.)

But I can learn something new any given day. And I’ve learned recently about Polly Higgins, an environmental lawyer who campaigned for many years to make Ecocide an international crime comparable with genocide. I don’t know that she coined the term. But she was its true champion. So, today’s column is dedicated to Polly, who named the greatest crime of our times.

Want to learn more about the greatest crime of the epoch? And I’m talking in geological terms here, folks. Check out these articles from the Guardian, the first from a few days ago, and the second from April, an elegy for Polly Higgins, who died at age 50 from cancer in the midst of her campaign to make Ecocide a crime. On Earth day.

Putting Ecocide on a par with Genocide from the Guardian
https://www.theguardian.com/environment/2019/jul/28/putting-ecocide-on-a-par-with-genocide

Some thoughts for Polly Higgins also from the Guardian.
https://www.theguardian.com/environment/2019/apr/22/polly-higgins-environmentalist-eradicating-ecocide-dies

What is required is an expansion of our collective duty of care to protect the natural living world and all life. International ecocide crime is a law to protect the Earth.

…there are millions who care so much and feel so powerless about the future, and I would love to see them begin to understand the power of this one, simple law to protect the Earth – to realise it’s possible, even straightforward. I wish I could live to see a million Earth protectors standing for it – because I believe they will.

Among the many reasons I write this column, I can now add, For Polly.

You can study the law she wanted to create, and join her movement, here:
https://ecocidelaw.com/

Ecocide as a law would confirm and codify the existence of what Aldo Leopold called “The Land Ethic”, which expands our concept of ethics to include the natural world around us and upon which we depend. Let’s keep the memory of Polly Higgins in our hearts, and a land ethic in our minds, as we continue to push for a law against Ecocide.

And then, we can sue Exxon for the crime of killing us all. Because Exxon knew. Exxon Corporation has known since the early 80s that their product and profits were destroying the world as we know it. They knew that a lot of people would die as a result. And they went ahead, not just producing their deadly product, but undermining the truth and the science that they themselves knew was true. They lied to hide the deadly nature of their products. That is a crime under so many existing laws. And, with or without an international law of Ecocide, Exxon must pay for their crimes. For Polly and for all of us.

So, here’s some of what Exxon knew back in 1982.
https://www.youtube.com/watch?v=aannOZw2shY

And what we all knew by 1984.
https://www.youtube.com/watch?v=v5cCmPZmHPM

And now the effects predicted back in the eighties are happening, in real time, as we watch. The Arctic is melting away.
https://www.cbsnews.com/news/11-billion-tons-of-ice-melted-greenland-just-one-day/

Another iconic species is threatened by climate change.
https://www.cnn.com/2019/08/02/us/joshua-trees-and-climate-change-trnd/index.html

Here’s a different take on a law giving rights to nature during wartime. It’s true. We need a new Geneva Convention.
https://www.vox.com/future-perfect/2019/7/26/8931699/environment-war-crime-scientists-nature-geneva-convention

Sometimes it’s hard to understand what we humans are thinking, when you look at it from the Side.

On to the Circus, supposedly in recess, for a quick look in at the napping Clowns. Oh, my! Despite being on recess, the darlings are a little restless today. There seem to be a lot of calls for impeachment coming from all over the place.

Even Oregon Senator Ron Wyden has emerged from the dark shadows of the Senate Intelligence committee long enough to call for impeachment. Way to go, Ron! We’ve been waiting for you over here on the Side.
https://www.oregonlive.com/news/2019/08/citing-lies-and-abuses-ron-wyden-calls-for-trump-impeachment-inquiry.html

And Nancy Pelosi’s excuses grow lamer ever day. That could go to the tune of a John Prine song. “They say that old trees just grow stronger, old rivers grow wilder every day. But old Pelosi’s excuses just get lamer, no matter what she says, impeach that mo fo today, today…” Sorry, John. That musta hurt. I won’t do it again.
https://thehill.com/homenews/house/455988-pelosi-defends-trump-oversight-as-democrats-calls-for-impeachment-grow

Whenever anyone says, “hold him accountable” you should ask, “in what way?” Because that is an empty statement that always means nothing at all. There is no “accountable” except impeachment when it comes to a criminal president. When Nancy says they’re gonna hold Trump accountable, she means they are not going to hold Trump accountable. Did you ever learn how to read in a mirror? In the Pelosi/Trump funhouse, everything is backward. In Pelosi’s world, “hold him accountable” means bull-shite. It means “let him go scot free.”

But, Pelosi or no, impeachment is coming, posts Alternet via Salon.
https://www.alternet.org/2019/08/impeachment-is-coming-heres-why-august-recess-could-tip-the-scales/

So does the American Prospect, in this opinion piece.
https://prospect.org/article/inevitability-impeachment

I’ve mentioned before the strong element of Trump’s base that is based in the belief in certain conspiracy theories. The fringe Right. This Q-anon biz is an outgrowth of one of those long-standing conspiracy memes, which is that a hidden government within the US government, mostly existing inside the intelligence and military communities, is actually in control of US policy, more than the external government of Congress and the President. This secret, shadow government has been known by many names during its life as an idea. To Eisenhower it was the “military/industrial complex”. To Gore Vidal, the “National Security State”. In the current Trumpian world of Q-anon-sense, it’s known as the “Deep State.”

From the Side, it sometimes looks like it could be true, this Deep State stuff, all Q-anon-sense aside. I’d venture to say that many “conspiracy theories” hold at least a grain of truth within them. But, true or not, the Deep State idea has enough substance to fuel the ongoing scandal about a scandal that I have sometimes called “Investigate-gate ™ “. Cassandra tells me with that quirky grin of hers that we’ll be hearing more about all that real soon. I’m pretty sure she said William Barr-behind-Bars is coming out of the Bunker, gunnin’ for bear. But she sometimes slurs her words, so I’m not sure what she meant, exactly.

I guess we’ll find out more, when the morning comes.