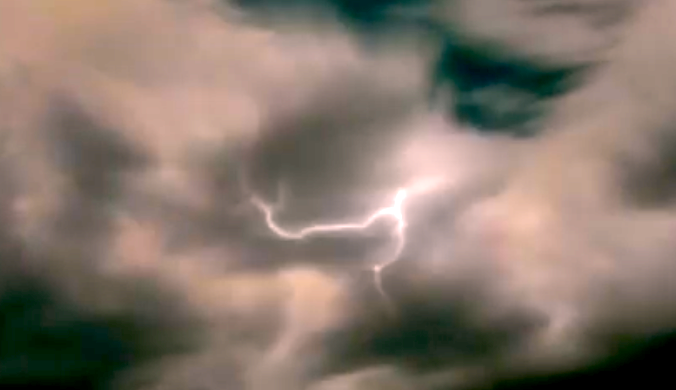 We Scorched the Sky

“but we know it was us that scorched the sky.” the Matrix

There is only one thing that scares me more than the climate crisis. Geo-engineering. It’s kind of absurd, the thought that we don’t know enough to live sustainably in the earth’s ecosystem, but we believe we know enough to control that ecosystem. Like, we can’t walk but we can drive, right?

I mean, what could go wrong?

Even the IPCC has called for geo-engineering, specifically in terms of what are called “sequestration” strategies. This means building huge fookin’ machines to suck CO2 out of the atmosphere. This is the one geo-engineering idea I’ve seen so far that I could support. But even that is self-defeating and probably impossible, when you count the trillions of tons of CO2 that we need to sequester.

This geo-engineering idea– spraying shite into the atmosphere to reduce sunlight hitting the earth– is about as close to literal insanity as I can literally imagine.

These are the lengths we’ll go to, in order to not change how we live. We’ll try to stop the sunlight hitting our earth, so that we can keep burning fossil fuels. This is how far we’ll go. WTF!! Double-plus ungood!! Read about it for yourself here.
https://www.dcclothesline.com/2019/08/06/harvard-scientists-funded-by-bill-gates-to-begin-spraying-particles-into-the-sky-in-experiment-to-dim-the-sun/

Let’s think it through for a second. Plants need sunlight to grow, right? So, then reducing sunlight will also reduce plant life. And plants soak up CO2, not to mention providing us with food. And our solar technologies to replace fossil fuels need sunlight, too. What’s wrong with this picture? Are these scientists and planners actually trying to live out the scenario painted in science fiction movie the Matrix?

This desperate plan to change our entire atmosphere is at least in part a response to the apocalyptic visions of the Cult of the Doomsday Scientists. A desperate situation can lead to desperate solutions. And specifically, this proposed insanity relates to the Paradox of Particulates I offered as my first Sunday Puzzler. That’s the problem with paradoxes and logical contradictions and bad habits of thinking of all kinds. They can drive people crazy— like the double-bind that Bateson described— and cannot be resolved without thinking at another level.

Apparently we would rather turn our living world into an iron-lung machine– in which we would survive for some short time while the whole earth dies around us– than change our way of life, which is causing the damage in the first place.

You can see where the desire for desperate solutions can come from, if you listen in to the Cult. Here’s an informal chat with Doomsday Scientists Stuart Scott and Peter Waldhams.
https://www.youtube.com/watch?v=GI7i9tKl3Jg

And sometimes too much hard truth can make people run away into fantasy solutions…
https://www.commondreams.org/views/2019/08/05/terrible-truth-climate-change

And sometimes flailing comes from pure fear, as, in own my neighborhood, the fear of fire builds. Nothing causes more panic than fire.
https://www.wweek.com/news/2019/08/06/climate-change-is-likely-to-turn-unprepared-pacific-northwest-towns-into-tinder-boxes/

Sometimes, facing all this climate crisis mayhem, I want to retreat into fantasy myself. When I just can’t take any more reality, I can always turn to my favorite reality TV show, P.R. Burn-em’s Two Party Circus. Oh, there’s always something to laugh at— or cry about— in the two-party clown show going on in Washington D.C..

But, jeez loo-fookin’ wheeze!! The Side gets a pretty bad feeling, seeing this. And Cassandra’s weeping like a baby. The window of opportunity for success coming from impeachment will be well closed under this new timeline. The dinosaur Democrats look like they’re winning, which means the rest of us are losing. Jerry Nadler has apparently given in to his Party Boss, the Squawker of the House, Nancy Pelosi. He’s gonna wait until late fall to maybe impeach.
https://www.politico.com/story/2019/08/05/trump-impeachment-jerry-nadler-1448024

What did Jay Inslee say? “Too little, too late, is too dangerous.” And that applies to impeachment, too.

For every inaction, there is an equal and opposite reaction.

The emboldened Republicans aren’t backing down from their message of hate, despite the outrages of gun violence this week.

In fact, look at this! Moscow Mitch McConnell is running as the first outspoken “Hate” Candidate. He’s taking his master Trump’s message— racist, violent, and misogynistic— and making it a visual theme of his campaign. I venture to say he won’t be the last of the Orange Party to campaign on a message of hate.
https://www.cbsnews.com/news/team-mitch-aoc-mitch-mcconnell-cardboard-fancy-farm-kentucky-alexnadria-ocasio-cortez-team-groping-photograph/

Just to prove that he means it, Moscow Mitch does it not once, but twice.
https://www.usatoday.com/story/news/politics/elections/2019/08/06/mitch-mcconnell-foe-amy-mcgrath-calls-him-out-tombstone-post/1930353001/

Oh, I hope there is intelligent life out there in the universe. Because there doesn’t seem to be any down here on Earth. And maybe there is. Hope that is. And I’m going to end there for today.

This may seem random, but Water Bears are some of my favorite critters. If you don’t know about them, check ’em out! And now it looks like they might be living on the moon. That’s cool, even if it was an accident, way out on the far side of things.
https://www.vox.com/science-and-health/2019/8/6/20756844/tardigrade-moon-beresheet-arch-mission

It’s possible those little Tardigrades could someday evolve into a species of intelligent life. And if so, I hope they prove to be more intelligent than we have been.