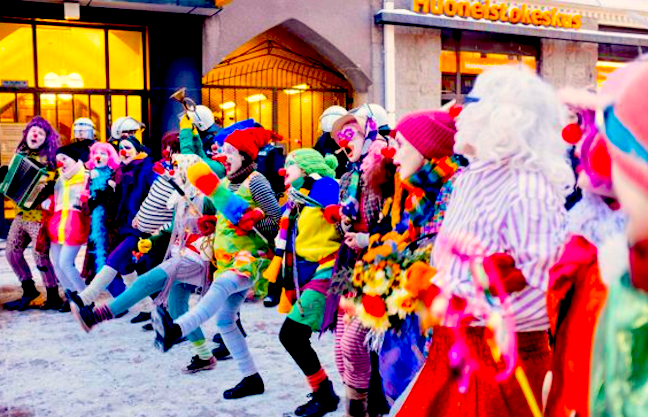 Big news hits in the middle of summer silly season! The View from the Side has its first inside source. How cool is that? While I was busy living in a dream for the last four days— in which I was merrily rowing my boat down a deep, wide stream full of un-catchable trout— something very strange happened. I was contacted twice by a new anonymous but clearly deeply connected informant, a whistle-blower with a lifetime history deep inside the depths of the deep state. They (their preferred pronoun, as Z told us in their first “communique”, as they called it) have offered to send me a steady stream of leaks from what they termed the “planning level” as opposed to the “operational level”. Whatever that means. Who really cares, right? This is conspiracy stuff, now. Yeah, baby, now we’re talkin’!

Dudes, for reals, this is pretty cool for a new political blog like View from the Side. Z-Anon-Sensei will become a regular contributor to the Side for as long as they keep on sending us shite to add to the already overloaded nonsense I’ve been able to come up with by myself. My new news source, and my new guru, too. As I get a little more info about them, I’ll try to puzzle out their role and identity for you. Until then, I’m just going to pass along their “communiques” as I get them.

The first message I received from Z convinced me without doubt of their authentic ties to the deepest of Deep State agencies and perhaps beneath even those levels. I’m not at liberty to release the details of that first message. Yet. But trust me on this folks, this they knows their stuff, and I’m planning to share what I can with you. So here is Z’s second message in full, unredacted form—

“Everyone is asking the wrong question. Not who took JE out, but why. And why is not what you think.” z-anon-sensei

That’s the whole message, folks. Make of it what you will. I assume JE is Jeffrey Epstein. I can’t answer the why. Let me know what you think in the comments. I’ll pass along more info as I receive it.

Meanwhile, do you want an even more different view on what happened to Epstein? This interview from the Real News Network digs in to the deep conspiracy shite.
https://www.youtube.com/watch?v=4A78Zu9ZgT8

And here’s the rabbit hole itself. Dive on in, if you think you’re ready.
https://www.mintpressnews.com/shocking-origins-jeffrey-epstein-blackmail-roy-cohn/260621/

Sometimes I get a bit confused about all this legal stuff, and all I can do from the Side is ask silly questions. Like, why isn’t Jeffrey Epstein’s often-named co-conspirator Ghislaine Maxwell in at least protective custody? Why would a woman accused of helping procure underage girls for sex not be under arrest? Just grabbing a burger, you know, before I auction off a couple of teens this afternoon? WTF? And, given what just happened to Jeffy-boy, do you have any guesses on the life expectancy of this woman? Custody wouldn’t necessarily be any safer for her. Double-plus WTF!!
https://www.theguardian.com/us-news/2019/aug/16/ghislaine-maxwell-seen-in-public-for-first-time-since-epstein-death

Yep, it’s confusing out there in the news cycle this summer season, even when it’s not so silly. Luckily, we can always switch the channel. And you know I love checking in on Impeachment TV. Hey, look at this! The list of shame is shrinking, the list of patriots is growing. It’s up to 122 and counting. 122 Democratic members of the House who have spoken out for impeachment, that is. Coolio. And kudos to all of them, from the Side.
https://www.cnn.com/2019/05/23/politics/democrats-impeachment-whip-list/index.html

I keep hearing the weak-kneed pundits prating about how “the American people don’t understand impeachment.” To whatever degree that is true, and I doubt it’s much, it’s the fault of those self-same pundits, who haven’t explained the impeachment process to their readers in simple terms.

It goes like this. Someone accuses the President of crimes. The House of Representatives investigates those accusations, just as a grand jury might investigate criminal accusations— and— if enough evidence points toward guilt— the House votes to pass the formal impeachment charges to the Senate. The Senate then acts as a jury, examining the evidence, investigating further if necessary, debating and finally voting on the charges. If the President is found guilty he or she might either be removed from office or punished in some other way, though typically the intention would be to remove them from office.

And that’s all, folks. Impeachment works pretty much like the criminal system, except it’s for government officials. The rules are a little different, but the process is essentially the same. The House is the Grand Jury, the Senate is the Jury.

Just in case any of you all were wondering about that.

So thinking of it that way, if Trump even survived the long investigation in the House, then wouldn’t you love to see Kamala Harris cross-examine his Orangeness during the Senate impeachment trial? And even though Mitch McConnell would look exceptionally bad in his “judge’s” robe and role, Moscow Mitch might not be able to stop the Senators, after a real look at the evidence, from convicting that Orange Clown and booting him right out of the Circus. Trump’s definitely bad for business, if nothing else, and that alone could get him tossed, and hopefully tossed away as well.

So why don’t the other Democratic reps favor impeachment? Why do they remain on the list of shame? You’ll have to ask their own sorry selves. I can’t speak to that nonsense.

Speaking of my new source of disinfo, it looks like the right-wingers are still all about Q. Obviously they don’t know about Z-anon-Sensei. Yet. This article outlines the fringe take on Investigate-gate ™ aka Spygate. It’s Comey’s fault, and Obama’s, and Hillary’s. And the Deep State’s. But keep in mind, folks, just ‘cause it’s fringe doesn’t mean it’s not true.
http://www.investmentwatchblog.com/corrupt-fbi-was-running-a-treasonous-espionage-operation-against-trump-and-its-all-about-to-come-out/

I’d better squeeze at least a little real-world news in this morning. Are you still a victim of CDS, Climate Denial Syndrome? Take one of these news stories and call me in the morning.

We did it folks! It’s a world record. For hottest month in history.
https://www.nbcnews.com/mach/science/july-2019-officially-earth-s-hottest-month-record-ncna1042671

A wider view of global heating in process now, from the WaPo, with coolio graphics and pics.
https://www.washingtonpost.com/graphics/2019/national/climate-environment/climate-change-america/?noredirect=on

This good article from Grist explores how different countries present climate change in their media.
https://grist.org/article/how-do-countries-cover-climate-change-depends-how-rich-they-are/

For a last note today, a little non-violent confrontation. Can clownishness stop Nazis? I’m not sure about that, but I’d take these clowns over the clowns in Washington anytime.
https://wagingnonviolence.org/2017/08/nazis-afraid-clowns/

That’s it from the Side, ’til the morning comes.