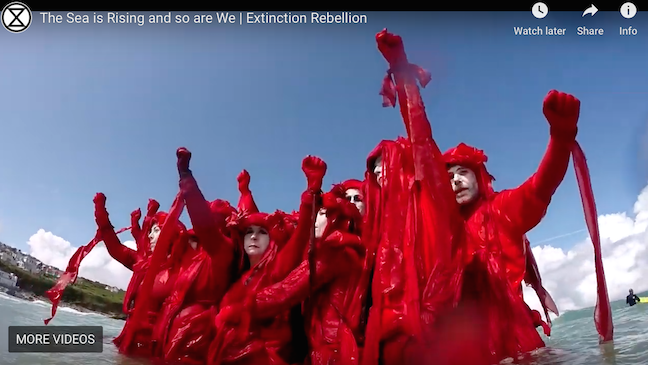 Don’t believe the polls, folks. They will just make you crazy. This Hill article shows you just how widely and wildly these early polls vary. It’s still the pre-season in the Primary Fashion Show, and we haven’t seen the models in any real voting yet. That’s still almost six months away. These early polls are a way to control the perception, to create it, not to reveal it. In the words of Chris Kofinis, they are “absolutely worthless”. I couldn’t have said it better myself.
https://thehill.com/homenews/campaign/457750-volatile-presidential-polls-spark-new-round-of-anxieties

Some say the political amateurs and professionals should just give it a rest when it comes to polls.
“It’s August of 2019, the horse race polls are absolutely worthless,” said Chris Kofinis, a Democratic pollster.

But if it’s not politics, then it’s climate change that’s driving us crazy.
https://thehill.com/opinion/healthcare/457685-is-the-climate-crisis-affecting-our-mental-health

The World Health Organization believes that climate change is a defining issue for 21st century health systems. The potential solutions are complex. Scientists, clinicians, public health professionals, governments and organizations will have to work together to tackle this problem before it’s too late. But, as a psychologist, what I know, is that we need to anticipate and be ready to manage and relieve the mental health burdens climate change will impose.

Here’s another take on the ways climate change is making us crazy.
https://www.usatoday.com/in-depth/news/nation/2019/08/14/climate-change-global-warming-shaping-life-choices/1887870001/

So is it crazy to mourn for the loss of a glacier? In Iceland, where your country is named after glaciers, I guess that’s what you do. This article hits the important impacts of climate change on many parts of our lives: health, food, economy. Worth a read if you are still suffering from CDS.
https://www.cnn.com/2019/08/18/health/glaciers-melting-climate-change-trnd/index.html

If self-destructiveness is a kind of mental illness, then our civilization’s dependence on fossil fuels, which is destroying the planet, is crazy, right? It’s like an addiction so powerful we’d rather die than kick the habit. So, if our use of fossil fuels is an addiction, like smoking cigarettes, fracking might be sort of like vaping. And it turns out, like vaping with nicotine, fracking is just as dangerous to the health of the living world as the original oil and coal habit. Or more so. Go figure, right? Until we get off the fossil fuel habit completely, we will continue to kill the world around us and ourselves with it. Changing habits is hard, folks, but it’s do or die time. Stop fracking, now.
https://www.vox.com/energy-and-environment/2019/8/15/20805136/climate-change-fracking-methane-emissions

From the Side, it seems like the best way to stop going crazy about all this stuff is to take action. Don’t just stew in helplessness. Do something! Campaign for your favorite candidate. Write letters to your representatives about the climate. Change your own lifestyle. Protest and rebel in the streets like Extinction Rebellion. If enough of us do something then something might change. Here’s one thing you could do, if you like a little public theater.

I’m not much on wearing red, so I guess I’ll just keep writing this blog, instead. To keep it all from making me crazy, you know. Over here on the Side.

Not crazy enough yet? Get caught up on the last two weeks of View from the Side with Sunday View in the Rear View:

Sunday Aug 4
Life in Wartime
Living with daily violence is part of the trauma of war. In 21st century America, that trauma affects us all, as though we were at war with ourselves. Plus a new Sunday puzzler, and of course the View in the Rear View.
https://kenzimmerman.net/blog/2019/08/04/view-from-the-side-20190804-life-in-wartime/

Monday Aug 5
Stunned
Too shocked by the senselessness of the mass shootings and appalled to silence by the political responses, I turn instead to the flaws of the Two-Party System that has brought us to this tragic situation and can’t guide us out of it.
https://kenzimmerman.net/blog/2019/08/05/view-from-the-side-20190805-stunned/

Wednesday Aug 7
We Scorched the Sky
Proposals for geo-engineering frighten me as badly as climate change itself. It’s as if we are hell-bent on creating the nightmare worlds of our science-fiction stories. This Side has some conversations with the Cult of Doomsday Scientists, and some pretty harsh words for Mean Moscow Mitch McConnell. Ends with a little hopium in the form of Tardigrades. Very little.
https://kenzimmerman.net/blog/2019/08/07/view-from-the-side-20190807-we-scorched-the-sky/

Thursday Aug 8
Squawkzilla in the House
I didn’t mean to ignore that Dinosaur Nancy Pelosi for so long. She’s back in view in this column, in the form of a functionally extinct giant cannibal Parrot. She squashes her fellow Democrats and gives the Repubs a pass. What’s up with that, Squawkzilla Pelosi?
https://kenzimmerman.net/blog/2019/08/08/view-from-the-side-20190808-squawkzilla-in-the-house/

Friday Aug 9
Fatal Encounters
Researching gun violence in America, I encounter a harsh truth about death by police. Let’s just say it’s a lot more common than it should be. Jerry Nadler names it an impeachment investigation (finally!) while the Democrats continue to ignore their best candidate and our best hope for the future: Jay Inslee, with potentially fatal results for all of us.
https://kenzimmerman.net/blog/2019/08/09/view-from-the-side-20190809-fatal-encounters/

Thursday Aug 15
Simply a Hero
The Side takes time to praise young climate activist Giovanni Tamacas for his efforts to protect the world. We need more of him, and we all need to do what we can to be like him. I suggest becoming a climate voter as a first step. It’s simple.
https://kenzimmerman.net/blog/2019/08/15/view-from-the-side-20190815-simply-a-hero/

Friday Aug 16
Z-anon-Sensei
In which I introduce my new secret source of insider information on all things related to the “Deep State” and conspiratorial matters, Z-anon-Sensei. It’s the Clowns against the Nazis in this one. And the growing list of Democrats for impeachment against the Dinosaur Pelosi with her high heels dug into some plush carpet. How long can she hold out against her own party? Plus an impeachment primer and an overnight remedy for Climate Denial Syndrome. All in one Saturday’s Side.
https://kenzimmerman.net/blog/2019/08/16/view-from-the-side-20190816-z-anon-sensei/